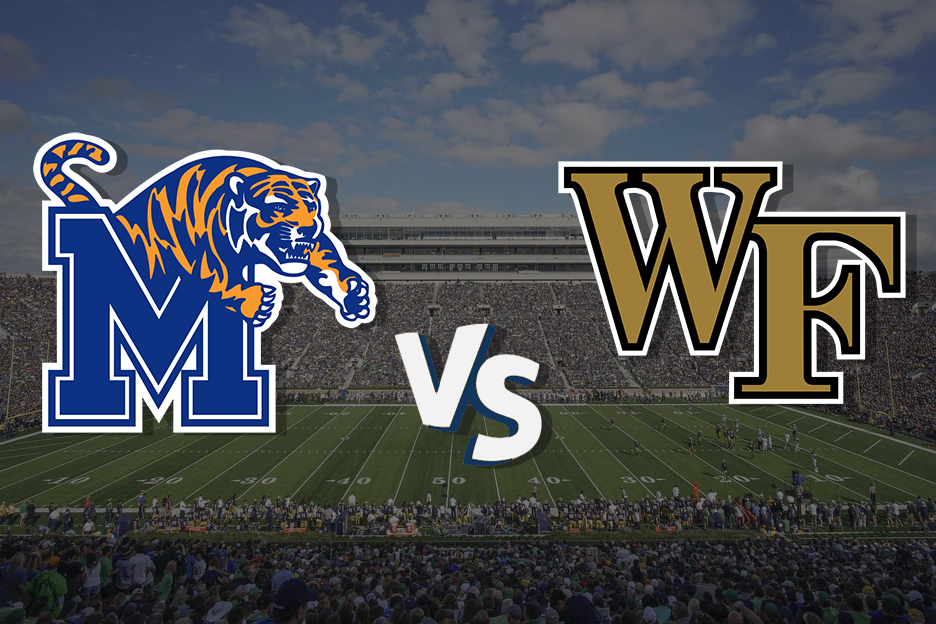 Bowl Week continues on Friday afternoon with a pair of interesting We have four bowl games to look forward to on Saturday, and it looks like a shootout may be brewing in the first contest of the day. The Memphis Tigers face off with the Wake Forest Demon Deacons in this year’s edition of the Jared Birmingham Bowl, a game with a current projected total of 73 points.

The Tigers fell short in the AAC Championship game to UCF, while the Demon Deacons had to pull out a victory in their final game of the season over Duke to clinch bowl eligibility. Memphis is going to be down a key player for this tilt, as stud RB Darrell Henderson has opted to skip the game to focus on preparing for the 2019 NFL Draft.

That adds another wrinkle to what shapes up to be a close and entertaining affair. Let’s take a look at the game in full detail, starting with the game line.

Memphis was on the path to being a middle of the road squad with a record of 4-4 after eight games, but the team kicked things up a notch to win four straight from that point. That run helped them take down the AAC West and advance to the conference title game. Entering that contest, Memphis looked poised to avenge its one-point loss from earlier in the season, but backup UCF QB Darriel Mack Jr. caught fire and led the Knights to victory.

Wake Forest struggled to a record of 4-5, and it looked like things were going to get even worse when freshman signal caller Sam Hartman went down to injury. However, sophomore backup Jamie Newman stepped right in and led the Demon Deacons to victory in two of its final three, the last of which secured bowl eligibility for the program.

At the midway point of the season, Memphis nearly snapped UCF’s lengthy winning streak, coming up just one point short in a home loss. The four-game winning streak to close out the regular season was crucial, as it included a big 52-31 victory over Houston. Both squads finished up with conference records of 5-3, but the tiebreaker advantage vaulted the Tigers into the conference title tilt.

Wake Forest essentially traded wins and losses on the season, as there were no lengthy streaks in either direction. The Hartman injury could’ve been the death knell, but the club was able to keep it together and even step its game up over the final three. That stretch included a 27-23 victory over NC State, a team that entered the game ranked #14, and a 59-7 blowout win over Duke in the final week.

Memphis has the edge on offense from a statistical standpoint, but the absence of Henderson for the bowl game is a big blow. Henderson was second in the nation with 1,909 rushing yards on the year, and he found the end zone a total of 25 times. Patrick Taylor Jr. should be the primary ball carrier for this contest, and he had himself a solid regular season as well with a line of 178/1,012/15.

Wake Forest can bring it on offense, so we could very well be in line for a back and forth type affair. Defensively, these teams are in the same neighborhood. Memphis has the edge on both pass rush and in protecting its own signal caller, and we can say the same for turnover margin. The Demon Deacons are the slightly more disciplined squad, as evidenced by the difference in penalty yards per game.

While there are no historical meetings of these two schools to pore over, both programs have plenty of recent bowl history to dig into. Memphis has gone bowling for each of the last four years, going 1-3 over that span. Last year, the Tigers were invited to the Liberty Bowl to face off with Iowa State, and they walked off the field on the wrong side of a 21-20 decision.

Wake Forest has appeared in bowl games for the last two years, winning them both. In 2017, the Demon Deacons took down Texas A&M in the Belk Bowl by a final score of 55-52. Last year’s edition of the Birmingham Bowl saw South Florida and Texas Tech square off, and a bit of a shootout erupted.

South Florida won that one by a score of 38-34. Interestingly, the 2016 edition of the game was also a high-scoring affair, as South Florida picked up a 46-39 victory over South Carolina. This year’s high projected total of 73 points suggests we could be in line for some more fireworks.

The loss of Henderson is certainly a blow for the Tigers, but they remain the stronger team on paper. However, the team’s recent bowl game record places a question mark on their motivation level for this contest. Wake Forest has come to play in each of its last two appearances, so we’ll be expecting more of the same from that squad.

It looks like the oddsmakers are right on the money, as signs point to a close and high scoring affair. In the end, we’ll look for Memphis to step its game up to make up for the absence of its star player. This offense can still produce, and it should be able to do enough to outpace Wake Forest.

We’ll take Memphis minus the points.