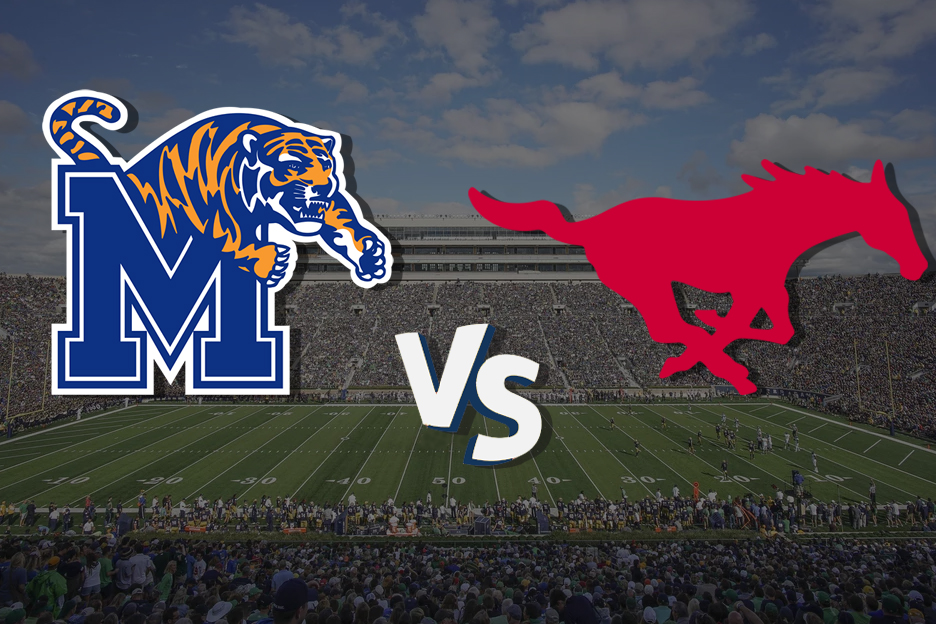 We have a pair of games that kick off at 9 PM EST under the Friday Night lights this week. Boise State, the #25 team in the nation, takes its talents on the road to face off with a 3-7 New Mexico squad, a game which projects to be a rout for the visitors.

There’s more interest to be found in the other contest, Memphis at SMU, which also projects to be a potential shootout. That’s where we’ll be focusing our efforts, as there looks to be some value to glean from this clash of a pair of American Athletic conference squads.

The Tigers bring a 6-4 record to the table and have already clinched bowl eligibility, while the 5-5 Mustangs have some work to do. Both clubs enter this contest riding two-game winning streaks, and it shapes up to be a better game than many are anticipating after giving it a quick glance.

Let’s take a look at this matchup in full detail, starting with the way the oddsmakers see things.

Friday night at 9 PM EST, viewers on ESPN2 will be looking live at Gerald R. Ford Stadium in Dallas. Despite Memphis having the better overall record, SMU is actually in front of them in the AAC-West division. In fact, SMU sits tied atop the division with a conference record of 4-2, while Memphis is currently in fourth based on its conference mark of 3-3.

The visitors started off the season with a solid record of 4-2, but they fell on hard times with back to back losses to UCF and Missouri. Memphis was able to right the ship from that point and secure two big victories over East Carolina and Tulsa. Notably, the team scored 59 and 47 points respectively in those two contests.

On the season, Memphis is averaging 44.6 points per game with a near equal split between the running and passing games. The defense surrenders an average of 30.5 points per contest, and it can be exposed in both facets. The unit has generated decent pressure with 24 sacks, 13 forced turnovers, and a defensive score on the year.

Junior Brady White has been holding down the fort behind center. He has completed 64.3 percent of his passes for 2,512 yards, 22 TDs, and three picks, and he has added on a rushing score for good measure. Junior RB Darrell Henderson has been a real standout out of the backfield.

The Mustangs got out of the starting gate slow by dropping its first three games, but the program has been able to turn it around while winning five of its last seven contests. Its recent two-game winning streak has seen the squad roll to a 45-31 victory over Houston, followed by a 62-50 win over UConn.

For the year, SMU is averaging 32.3 points per game while giving up 36.8. The offense leans more on the pass, while there is weakness to be found against the run for opposing offenses. The defensive unit is middle of the road in terms of pressure. Through 10 games, the Mustangs have compiled 23 sacks and forced 19 total turnovers.

Junior Ben Hicks has handled the bulk of the snaps at quarterback. His completion percentage stands at 56.5 percent, while he has tossed for 1,919 yards, 16 scores, and four picks. Senior Braeden West is the team’s leading rusher – 119/536/6 – and also the team’s third leading receiver – 29/277/1. Junior James Proche is the biggest threat in the passing atack with 70 receptions for 882 yards and nine touchdowns.

Looking ahead, Memphis closes out its regular season at home on Friday, November 23 versus Houston, a squad that currently sits in a tie for first place in the AAC-West with an overall record of 7-3 and a conference mark of 4-2. For SMU, it’s a road date next Saturday against 2-8 Tulsa, the team that resides in the basement of the AAC-West with a 1-5 conference record.

Stretching back to 2007, these two schools have hooked up nine times. Memphis has a 6-3 edge straight up and a record of 5-4 against the spread. The Over has been the correct choice five times over that span, but just once in the past three.

Last year, these two squads combined for a whopping 111 points. Memphis was an 11-point home favorite in a game with a projected total of 70 points, and they walked out with a 66-45 victory. Memphis is currently riding a four-game winning streak in this series.

While both teams enter this contest with overall records that leave a lot to be desired, they both also have a lot at stake for this tilt. For Memphis, a victory will keep its hopes for a division crown alive. As for SMU, a win gives the program bowl eligibility, and also puts them one game closer to a potential divisional title.

Memphis is a 7.5-point favorite in a game with a big projected total of 72.5 points. While we’ll acknowledge that the Tigers may have a slight skill edge, it’s not glaring enough to suggest they’re going to walk into SMU’s house and cover a spread greater than a touchdown, especially when the Mustangs have so much to play for. We can make a case for Memphis to win the game outright, but SMU looks like a very lively home dog.

We’ll take SMU plus the points in what should be an entertaining Friday Night affair.