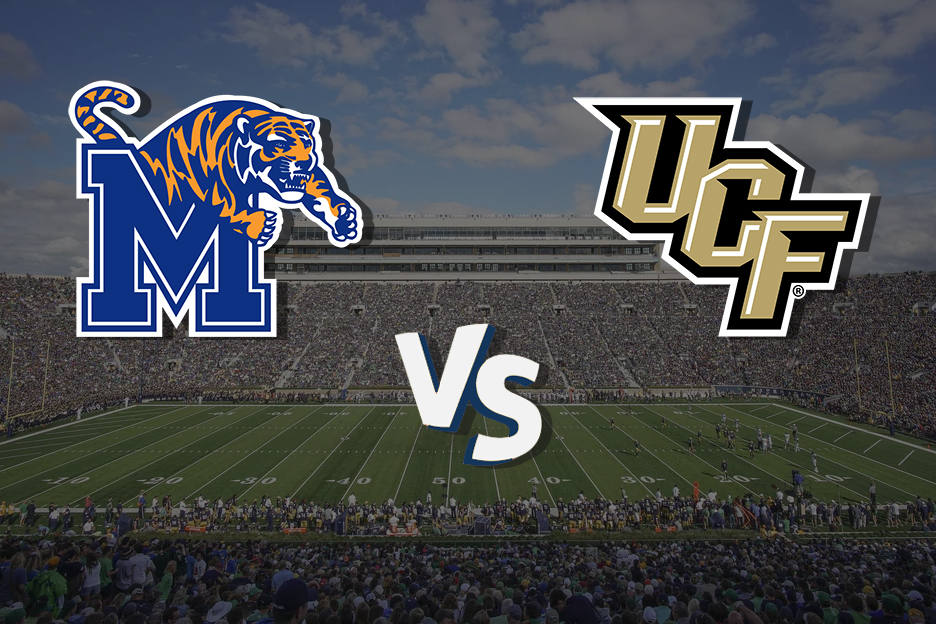 Before McKenzie Milton went down with a horrific knee injury in the UCF-USF rivalry game, the AAC wasn’t necessarily locked down.

The Knights (11-0) still had to beat Memphis in the conference championship, a team they beat by exactly one point earlier in the year. But now, they must play the team they were down 30-14 to—before roaring back for the win—and do it without their star quarterback.

With Milton out, the running game will become extremely important for the Knights. Not that replacement QB Darriel Mack Jr. isn’t capable of throwing the ball against the 73rd-ranked S&P-plus defense of the Tigers. But he was only 5 of 14 for 81 yards in relief, although with no picks and 10 carries for 51 yards.

When he was on the field, he helped turn a 7-0 lead into a 38-10 win. But USF isn’t Memphis (8-4) offensively and certainly doesn’t have a talent like Darrell Henderson.

The running back’s 178 yards and 7.4 average per-carry Friday was just another day at the office for a guy with nearly 1,700 rushing yards and an 8.6-yard average this season. He also has 19 rushing touchdowns in what could’ve been a Heisman-nominated season had Memphis been a little better.

But they’ve hit their stride now with 21 unanswered points to beat Houston 52-31 this past Friday.

They’ll still come into the AAC Championship as 3-point underdogs against the Knights though, even with Milton out. But can UCF really recover from such a huge loss at QB and cover the spread as well? Or does Memphis make it close or even possibly pull off the mini upset?

Here’s some things to watch when these two teams meet in Orlando at 3:30 EST on Saturday.

The Impact of McKenzie Milton’s Injury

UCF doesn’t have to completely recreate their offense in a week. But when Josh Heupel came on as coach at the start of the year, he turned the group into one more focused on its aerial attack.

This week, UCF will have to go back into more of Scott Frost-led style with Darriel Mack Jr. at QB. They can use his legs even more than they used Milton’s last year. But Memphis likely won’t have to deal with the deep ball as much.

That will help them tremendously seeing as UCF was 10th in passing by S&P-plus before this past Saturday and would be playing a team ranked 99th against the pass. It also takes an element away from the 16th-most explosive team in the country, who could’ve had a lot of success against the Tigers’ 98th-ranked defense against big plays.

In their previous meeting, Memphis held them to 4.5 yards-per-attempt. 71 of those yards came on a Taj McGowan touchdown run. Negate that and UCF only rushed for 2.6 YPA.

With that said, it’s all about stopping the explosive play on the ground for Memphis.

Overall, they’re 44th against the run going by S&P’s rankings. Those numbers are realigned for the strength of one’s opponent. UCF is 46th rushing the ball, so this seems closer to a wash than expected, even if overall the Knights are 6th in total rush yards.

Milton brought a level of balance that kept every opponent flat-footed. Losing that versus a team they’ve beaten in two overtimes and by one point in their last two meetings, it’s as big of a loss as the talking heads at ESPN say.

Can the Knights Stop Darrell Henderson?

UCF places a respectable 38th against the run, according to S&P. But Henderson ran for 199 yards and a touchdown his last time against them. He hasn’t exactly slowed down much since then despite a minor injury soon after.

And after his game against Houston, which boasts a pretty impressive D-line featuring future top-10 pick Ed Oliver, the Knights are in for their biggest challenge yet.

The one thing the Knights have going for them is being 16th against explosive plays. That will keep Henderson from pulling off long runs like the one he had against the Cougars. But he’s just as good running between the tackles for six or seven yards a carry, slowly demoralizing a defense.

Still, UCF is 24th in early and short down situations to match an offense that’s likewise talented in this area. Their “power success” on late and short downs is solid (36th) and will have to be against Memphis’ O-line power (ranked 3rd)

But the Knights also don’t let a string of first down runs faze them. They may be 127th in ball control, meaning they give up the 3rd-most drives of over four plays. But they also have the 12th-best touchdown rate after an opponent’s first down.

So despite moving the ball on them, they don’t break much when they bend. But it’ll be hard not to with Henderson, Patrick Taylor Jr. (894 yards, 5.5 average, 14 touchdowns) and Tony Pollard (7.2 and five) coming fresh off the bench.

I’d like to think UCF is equipped for this matchup and think they are better for it than most teams the Tigers have played. But I think with 25-30 carries, Henderson is bound to break close to 150 yards. It’s almost inevitable.

While UCF is 38th versus the run with S&P, it’s hard to ignore that they’re 109th in total rush yards allowed. A talent like Henderson could still expose this group.

With Milton out, the ground game takes center stage.

And despite the impact the QB’s injury will have, UCF has four runners they trust.

Adrian Killins is an absolute burner in and out of the backfield. But his 641 yards and 4.8 yards-a-carry are modest compared to what he will have in future seasons with his track-star speed.

Fellow RB Greg McCrae is absolutely rolling through people right now with 896 yards, an incredible 9.1 average, and eight rushing scores. Taj McGowan often spells him though, with a 6.8 average and seven touchdowns. Lastly, the new QB Mack Jr. has 285 yards in limited snaps with 7.1 a carry and a pair of TDs.

The last guy gives me the most confidence. It shows that the Knights know how to change the game plan for him, even if it’s only been mostly in garbage time until the last game.

His rushing impact against USF opens doors for some option plays on the ground, with a back like Killins or McCrae going one way and Mack Jr. going the other. The sheer athleticism of the QB will be a key factor.

Memphis is 105th in defensive turnover rate, 103rd in defensive efficiency according to FEI, and gives up a lot of points to those who can keep them on the field for more than a couple first downs.

The first number is big for a new quarterback coming in. They’ll be able to open the playbook a little bit more for him knowing the defense isn’t prone to causing many takeaways.

And the strikes from the Knights may not come as quickly as they usually do. But they will come given they have the second-best three-and-out percentage on offense.

As I mentioned, the Tigers aren’t going to create a lot of turnovers. And while they rank 105th in defensive turnover rate, the Knights rank 2nd on defense and offense when it comes to that number.

UCF has the second-best turnover margin in the entire country with a plus-16. That’s a glaring number only topped by a triple-option Georgia Southern team. Meanwhile, Memphis ranks 51st here.

The reason they’ve stayed somewhat high is due to Henderson and Co. keeping the pigskin off the turf. Even QB Brady White has seven interceptions at quarterback.

In their previous matchup, Memphis gave up a pair of turnovers. One was a very uncharacteristic fumble by Henderson and the other was also a fumble.

Despite all the talent on this offense between Henderson, White, Taylor Jr., and star receiver Damonte Cox (1,062 yards, seven touchdowns), that’s something they can’t have in a game expected to be this tight.

Even with Milton out, I like UCF here. Their situational stats are good enough to outmatch Memphis more often than not. They won’t be holding them to 21-24 points. That much is clear. But they will supply enough red zone stops to get the job done, and maybe pick up another turnover or two along the way.

Henderson will get his yards, but he almost had 200 last time and his team still lost.

The Knights have a deep enough running back group to stay fresh, as they’ll be heavily relied upon. But just because the passing game isn’t as potent deep down the field doesn’t mean this offense isn’t capable of getting big plays against a defensive group who so easily gives them up.

The Tigers will tighten in the red zone though (39th in RZ defense). And that makes me slightly concerned for Mack Jr., even when running a previously top-10 red zone offense. Those are difficult situations to handle when the field tightens.

That’s why I think UCF won’t cover the spread as it is now. Though with home-field advantage and the ability to use a lot of looks in the run game, I’m giving them a narrow edge here.

But it’d be a better play to pick the OVER.