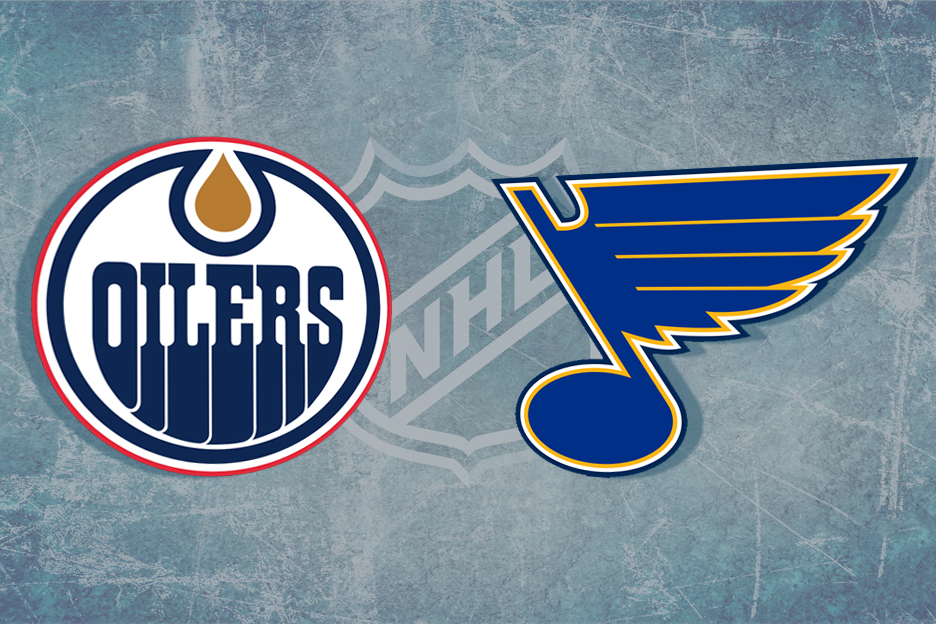 The Oilers were denied their fourth straight win in the first leg of this quick two-game road trip, losing 4-1 in Dallas on Monday after sweeping a three-game home stand that included wins over the Stars, Kings and Golden Knights to get Edmonton within arm’s length of a top three spot in what has been a rather weak Pacific Division this season.

For the Blues, they return home after a three-game road trip that saw them lose two of three, the lone win coming in overtime over the Avalanche last Friday. Consistency has been nowhere to be found for this Blues team, at least consistent wins. They haven’t won two in a row since wins over the Hurricanes and Sharks on November 6th and 9th, respectively. St. Louis is just 2-6-0 over their last eight entering play tonight.

One key to this one will be the status of superstar Connor McDavid as he missed his first game since missing the final 37 games of his rookie season in 2015-15 thanks to a broken clavicle. McDavid’s absence from the Oilers’ loss in Dallas on Monday was illness-related, so it wouldn’t be surprising to see him return to the lineup tonight, and I will be basing my pick on the assumption that McDavid does indeed suit up tonight.

I like the Oilers chances against a Blues team that has struggled in a bad way on home ice this season.

Entering tonight’s contest, the Blues rank 30th with 3.57 goals against per game at home where they have gone just 6-7-1 this season. The last time the Blues played on home ice was Saturday, November the 24th when Patrik Laine scored five goals in an 8-4 Jets win. Including that game, the Blues have yielded an average of five goals against per game after surrendering six to the low-scoring Coyotes in Arizona on Saturday.

Goal scoring just hasn’t been there as of late, either. St. Louis revamped their offense in the offseason, and it appeared to work originally as they were one of the league’s highest-scoring clubs in the month of October. However, over their last 10 games, the Blues have averaged only 2.2 goals per game and have scored one goal or less in five of those 10 games, including Saturday’s 6-1 loss in the desert.

For the Oilers, they have played with a much more defensive structure under Ken Hitchcock, but ran into a red-hot Stars team on Monday. That said, Edmonton had allowed just three goals over their previous three games combined and have allowed just 2.43 goals per game across seven contests since Hitchcock took over for the outgoing Todd McLellan.

While the Oilers should get healthier with the presumed return of McDavid, the Blues have run into some health troubles of their own. Top defenseman Alex Pietrangelo was placed on injured reserve earlier in the week while three of their top nine forwards in Alex Steen, Jaden Schwartz, and Robby Fabbri should all miss tonight’s game, with Steen being the only one with a chance to play this one.

The lack of scoring and injury issues have new head coach Craig Berube putting his lines into a blender for this one tonight, as per their skate yesterday. A team that makes a dramatic shift to their line combinations is a team looking for answers and a vulnerable team as well. Clearly, the Blues have been vulnerable for the vast majority of the season as they sit 30th in league standings.

After an extended rest, it looks like Cam Talbot is going to get the nod in goal for the Oilers this evening. Talbot was roughed up in five November outings, and first-year Oiler Mikko Koskinen has started each of Edmonton’s last four games as a result. After an extended rest and a better defensive club playing in front of him, I have confidence that Talbot can put a tough month of November behind him in his first start of December.

With the Blues stumbling and looking for answers, and with the Oilers rattling off three wins over their last four and playing much better under Hitchcock, I will take Edmonton to invade St. Louis and knock off the Blues in a Western Conference tilt this evening.