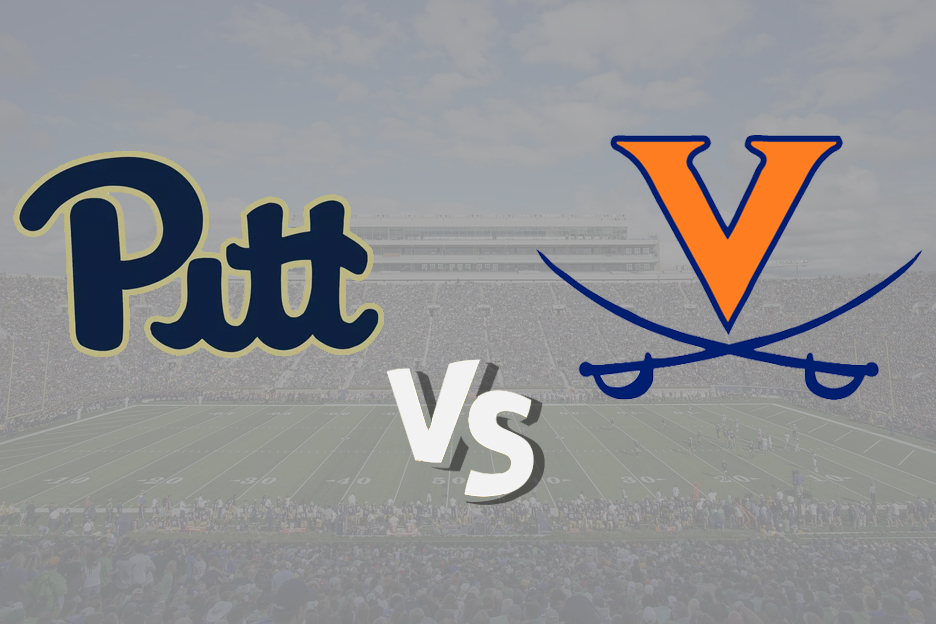 An intriguing matchup of a pair of ACC rivals highlights an abbreviated slate of Friday night College Football action. The 4-4 Pitt Panthers hit the road to take on the 5-2 Virginia Cavaliers, currently the #25 team in the nation per this week’s AP poll.

The Cavaliers sit atop the ACC Coastal division with a conference mark of 4-1, while Pitt is tied for second place with Virginia Tech at a record of 3-1 in conference play. Both teams enter this game off of victories, with Virginia actually riding a three-game winning streak.

While there’s different expectations for both clubs at this juncture, they still both have something to play for. For the Cavaliers, winning out means an ACC Coastal division crown and a trip to the conference title game. For Pitt, the squad needs some more wins to become bowl eligible.

This game will be nationally televised on ESPN2, and it looks to be the finest contest under the Friday Night lights for Week 10. Let’s take a look at what appears to be an interesting matchup in full detail.

Pitt enters this week’s contest off of what turned out to be a wild one over Duke. The game devolved into a shootout, but the Panthers walked off the field with a 54-45 victory after finding paydirt with just seconds left in the game. Outside of a two-game losing streak, the team has been rotating wins and losses while struggling to find some consistency in 2018.

For the season, the Panthers are averaging 27.8 points per game via an offensive attack that leans heavily on the run. Pitt has produced 30 or more points in four contests, but it has struggled to get much of anything going in other contests. The defense has faced challenges in both facets while giving up an average of 32.6 points per game. The Panthers are middle of the road when it comes to generating pressure on defense with 16 sacks and 13 turnovers on the year.

Sophomore Kenny Pickett has had the keys to the offense, and he has thrown for eight scores and five picks on the year. The run-heavy attack is led by senior Qadree Ollison, who has generated an impressive line of 126/795/7 so far, averaging 63 yards per carry along the way. Junior Maurice Ffrench has emerged as the top pass catching target, hauling in 19 balls for 294 yards and four scores.

Looking ahead to the rest of the month of November, Pitt finishes up with a home date against Virginia Tech next week, and follows that up with a pair of road trips to Wake Forest and Miami. Based on where the club stands right now, a .500 mark over its final four games would have to be considered a success, but that’s far from guaranteed.

After starting off the season at a mark of 3-2, not a whole lot was expected out of the Cavaliers. However, expectations are changing now that the club has ripped off three straight wins, including a victory over Miami, which was then the #16 team in the nation. Last time out, Virginia took down North Carolina by a score of 31-21.

Virginia is averaging 28.3 points per game while leaning heavily on the run. The defense has been a pleasant surprise as the unit is showing strength against both facets while giving up just 18.8 points per contest. Despite the solid play on defense, the unit has been middling when it comes to generating pressure with 16 sacks and 14 turnovers so far.

Junior Bryce Perkins has the reigns behind center. He’s a dual threat who has produced 21 total touchdowns thus far, not to mention 1,623 passing yards and 575 yards on the ground. Senior Jordan Ellis is leading the way out of the backfield – 130/683/7 – while senior Olamide Zaccheaus leads the way for the pass catchers – 56/690/6.

Following Friday Night’s game against Pitt, the Cavaliers have a winnable contest versus Liberty up next. Things get tougher from that point, as the team closes out the regular season with road dates at Georgia Tech and Virginia Tech. While winning out and snagging the division isn’t out of the question, the path is no cake walk.

These two squads have met in each of the last five years, and eight times in total stretching back to 2003. Virginia is 3-5 both straight up and against the spread over that span, while the Over has come in just three times. For the last five, Pitt is 4-1 straight up, including three straight wins. Last season, the Panthers were 31-14 victors in a pick’em contest with a projected total of 50 points.

The total has dropped for this year’s meeting to 48.5 points, and Virginia’s strong recent play has the program installed as 7.5-point home favorites. While there’s no question that Virginia has been the better club so far this season, the Panthers are dangerous when they’re on their game.

Both the offense and the defense have had their moments, as Pitt has been involved in a few high-scoring affairs and a couple of defensive struggles. For the Cavaliers, the expectations have been jacked up now that the program is atop the ACC Coastal division this late in the season.

That naturally means the team has a bullseye on its back for games with conference rivals, and we can certainly include this matchup in that category. We’ll look for this to be another ‘on’ week for a Pitt team that’s still looking for some consistency. However, Virginia’s defense will ultimately be the difference maker as it pulls out a close home victory.

Cavaliers win outright, but we’ll take the road underdog Panthers plus the points for our wagers.