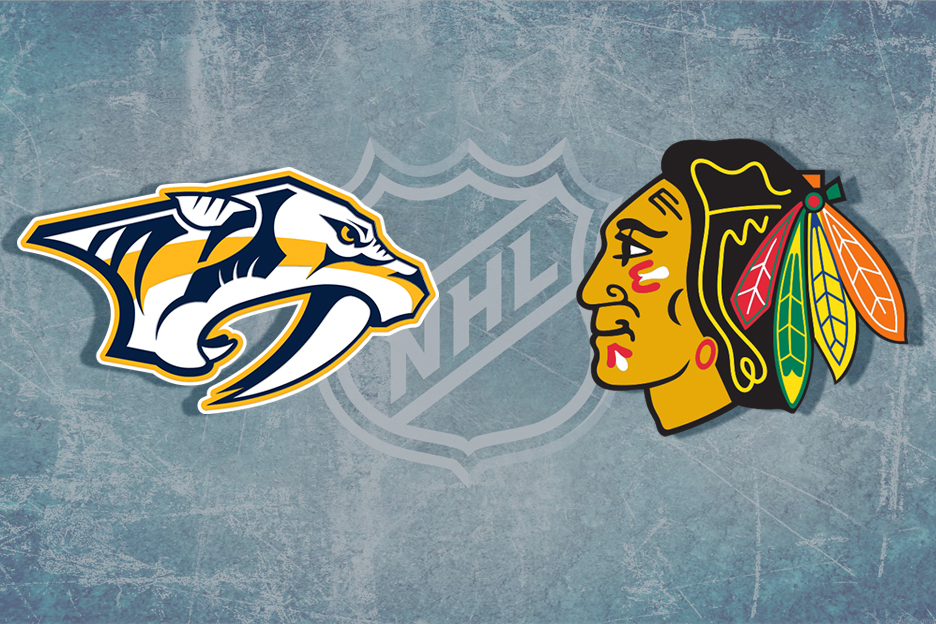 I notched by third straight winner with last night’s NHL pick featuring the Minnesota Wild and the Boston Bruins.

It was Boston’s game right from the get-go as they scored the game’s first goal just 5:23 into the first period and would eventually head to the dressing room with a 3-0 lead after the first 20 minutes.

Boston would add another goal from there and go on to beat the Wild by a 4-0 score. I emphasized Boston’s stout home defense and their excellent home offense, both of which showed up to give us an easy winner with last night’s pick.

I’ll look to extend my winning streak to four picks with tonight’s NHL pick featuring the Nashville Predators and Chicago Blackhawks from the United Center in Chicago.

It’s a Central Division clash tonight in the windy city as the Chicago Blackhawks play host to the Nashville Predators for the second time in the last three weeks.

After stumbling into the New Year with just one win over their final seven games of 2018, the Predators are healthier and playing some inspired hockey as the calendar has flipped to 2019.

The Preds have won three of their first four games of the year. What’s more is that they have outscored their opponents 12-1 in those three wins and have won two games by a 4-0 score, including Monday night in Toronto. There was a 4-3 overtime loss in Detroit mixed in here.

Perhaps we should have seen this coming. Pekka Rinne, along with his team, largely struggled in the month of December as he posted a .897 Sv%, but posted a shutout in Toronto in just his second game of January. He’s been better at home, but I’m not about to argue with Rinne’s 2.50 GAA and .920 Sv% across 14 road starts and 15 road appearances on the season.

The Nashville offense has also showed up of late. Going back to their final game of 2018, the Predators have averaged 4.20 goals per game over their last five, winning four times in that span. They have scored at least four goals in four of those five games.

Nashville is tied with the Columbus Blue Jackets for seventh in road offense with 3.14 goals per game this season. Interestingly, their road defense also sits in a seventh-place tie, this time with the Minnesota Wild with 2.82 goals against per game.

Looking at the home side, it’s been another forgettable season for these Chicago Blackhawks.

Chicago did well to end the Pittsburgh Penguins’ eight-game winning streak on Sunday night with a 5-3 road win, however, got right back into the loss column for the third time in their last four games the very next night with a 4-3 home loss to the Calgary Flames.

After allowing those four goals to the Flames on home ice Monday, the Blackhawks fell to 30th in the league with 3.41 goals against per game at home this season. Their 24th-ranked home offense hasn’t helped either, but their defense hasn’t given them a chance all season long.

One bright spot for the Blackhawks of late has been the play of 24-year-old netminder Collin Delia. Delia has posted a 2.19 GAA and .947 Sv% in his five NHL starts this season. That said, Delia has faced a heavy workload in those five starts, facing at least 42 shots in three of this last four starts and 50 shots in his second-to-last start. Despite posting a .935 Sv% over his two January starts, Delias has landed in the loss column both times.

Can a rookie goaltender continue to turn aside roughly 40 shots a night? And if he can, can his offense score enough to win?

Maybe he can sustain his play for a little longer, but I just don’t like the matchup against the Predators at all. Nashville uncharacteristically wobbled down the stretch in 2018, but they are playing some of their best hockey of the season at the moment, and they’re going to be tough to beat while playing like this.

The bet I am laying on this one tonight is identical to the one I placed last night, odds included. I don’t mind the Preds on the puckline at +145, however, I am going to pay for some extra safety and take Nashville to win this one in regulation time at -115.

At Bovada, this is called a 3-Way Moneyline play. While they’re running hot and the Blackhawks are once again struggling, I will take the road team to win this one in the first 60 minutes tonight, so take the Predators on the 3-Way Moneyline as I look to extend my run to four straight winning picks!

The Bet: Nashville Predators in regulation (-115)