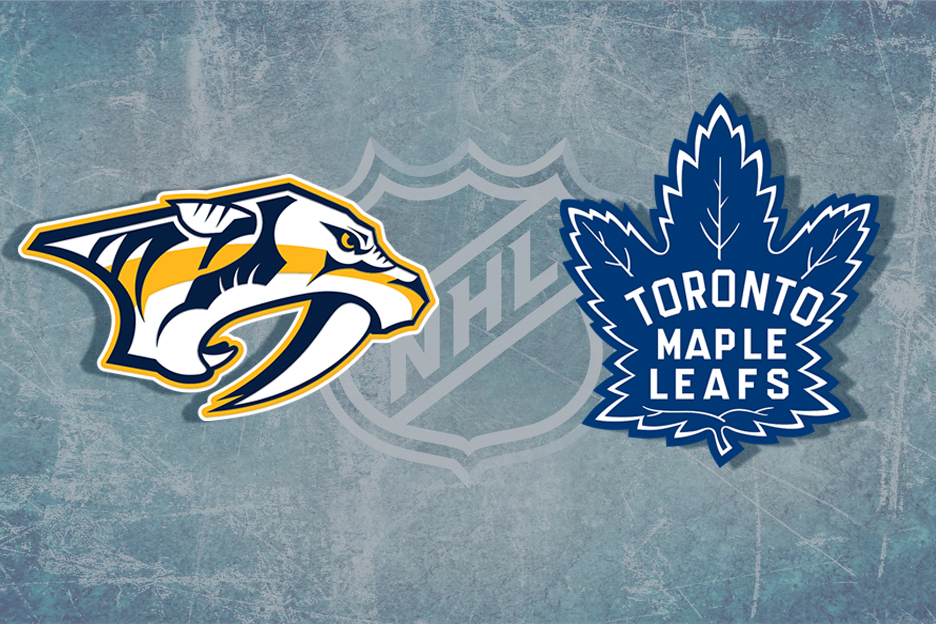 It’s been a few days since my last NHL pick, but my most recent pick of the Penguins to knock off the Winnipeg Jets on Friday night hit in quite smooth fashion.

The Penguins extended their win streak to eight games (since snapped) as their offense stayed hot and their defense remained stout as they took care of the Jets by a 4-0 score.

The first pick to the New Year went off without a hitch, so let’s keep it going on tonight’s five-game NHL schedule!

It’s a battle of a couple of NHL powerhouse clubs tonight in Ontario’s capital as the Toronto Maple Leafs play host to the Nashville Predators.

It’s the first meeting of the season between to the two clubs after the Maple Leafs swept the two-game season series last year with a 3-2 shootout win on home ice before a statement 5-2 victory at Bridgestone Arena in Nashville in late March.

The Predators’ injuries finally caught up with them leading up to, and past, the Christmas break as they uncharacteristically dropped six straight games between December 17th and the 29th. However, Nashville has bounced back by winning three of their last four games while notching at least one point in all four of those contests.

Things have improved on both sides of the puck for the Preds. Over their last four, Nashville has averaged 4.25 goals per game on offense while allowing just two goals against per game on defense. In typical Nashville fashion, they have allowed one goal or less in two of their last three contests.

That’s to be expected when we are dealing with the league’s top defense as the Predators lead the NHL with just 2.51 goals against per game overall, albeit that number climbs to 2.95 on the road, good for a share of 12th place alongside the Anaheim Ducks.

For the Maple Leafs, they bounced back from consecutive losses and stuck it to the Canucks on Saturday night, besting their Canadian counterparts by a 5-0 score on home ice.

The shutout came via Michael Hutchinson in just his second start in a Maple Leafs uniform after recently being acquired in a low-key trade from the Florida Panthers. The Maple Leafs desperately needed goaltending depth with both Frederik Andersen and Garrett Sparks – their top two goaltenders – dealing with indefinite injuries. Hutchinson is the confirmed starter for tonight’s contest, and I think that can be a problem for the Maple Leafs.

The shutout was nice, but it came against an Elias Pettersson-less Canucks team that ranks 20th in road offense. These Predators come in ranked eighth in road offense with 3.10 goals per game.

In the NHL this season, Hutchinson has put together an ugly 3.39 GAA and .879 Sv% across five starts and six appearances, including Saturday’s shutout.

This is certainly an area where the Predators hold a massive advantage and one that I want to take advantage of at a valuable +130 price. I simply don’t see any value in the Maple Leafs at -150 considering the goaltending mismatch on tap here.

Opposing Hutchinson tonight should be defending Vezina Trophy winner Pekka Rinne who enters play sporting a 2.31 GAA and .919 Sv% on the season, the former of which ties his mark from last season. Rinne scuffled through the month of December, as did his team, when he posted an .897 Sv%.

Despite facing a lethal Maple Leafs offense, it could actually be beneficial that this game is in Toronto. The Maple Leafs lead the league with four goals per game on the road, but that number drops to 3.43 per game at home, good for eighth. It’s still a very good number, but it’s also 0.57 goals per game fewer than their output away from Scotiabank Arena in Toronto.

The Predators are also catching the Maple Leafs’ power play at the optimal time. They didn’t get a power play in their win on Saturday, but Toronto’s man advantage is 0 for 6 over their last three games and just 1 for 12 over their last six.

There is no doubt that we are dealing with two very good teams here. The Maple Leafs sit second in overall league standings with 56 points in 41 games while the Predators sit seventh with 53 points across 43 contests.

To me, there is too much value in the Predators facing a shaky-at-best goaltender in Hutchinson while boasting one of the league’s very best goaltenders in their own crease. I’m expecting a close game, but I like the Preds’ value on the road, especially considering their play of late.