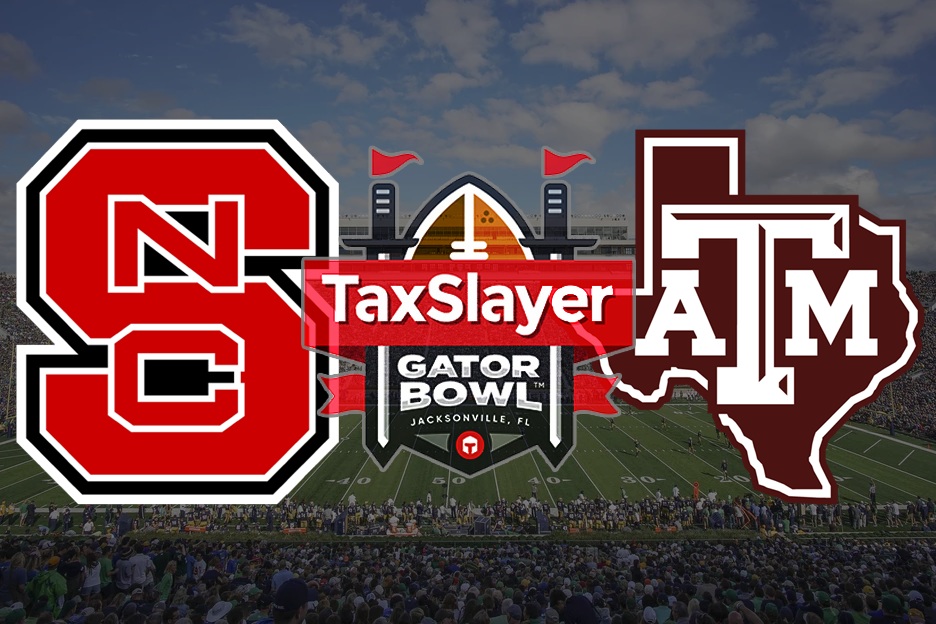 On New Year’s Eve, we have a number of intriguing bowl games to look forward to, including this year’s edition of the TaxSlayer Gator Bowl. The 9-3 NC State Wolfpack will face off with the 8-4 Texas A&M Aggies in an interesting matchup of a pair of solid ACC and SEC programs.

The Wolfpack were contenders in the ACC this season and spent some time in the Top 25. Unfortunately for NC State, they reside in the same ACC Atlantic division as the national powerhouse Clemson Tigers, the #2 team in the nation. NC State got a firsthand look at the power of the Tigers when they had their clocks cleaned to the tune of 41-7 earlier this season.

This is Jimbo Fisher’s first year at the helm for the Aggies, and 2018 was being viewed as somewhat of a transition year. However, the program showed that those thoughts were off the mark. Texas A&M was competitive throughout the year, including a pair of victories over nationally ranked teams. The Aggies also pushed Clemson to the limit when they visited Kyle Field in one of the more entertaining games of the early part of the regular season.

These two squads match up well, and we should be treated to an entertaining game as a result. Let’s break down this contest in detail, starting with the way the oddsmakers see it.

NC State started off they year in incredibly strong fashion by winning its first five games, a span that included a big 28-23 victory over the division rival Boston College Eagles. The Wolfpack would cool off from that point and drop three of its next four, suffering a big defeat to Clemson along the way. The team got back on track and closed out the year with three consecutive wins.

Texas A&M started off the year 2-2, but those two losses came to the two top teams in the nation, Clemson and the Alabama Crimson Tide. The Aggies entered a tough stretch against conference rivals from that point and held their own, finishing up with a record of 5-3 on the year in SEC play. They also closed out the year strong with victories in its final three, including a wild seven-overtime victory over the LSU Tigers in the regular season finale.

Entering the Clemson game, NC State was ranked #16 in the country and had visions of an upset dancing in its collective head. Clemson quickly provided a reality check and thrashed the Wolfpack by a final score of 41-7.Season highlights include a number of big wins over other conference foes, as well as a season-ending beatdown of the East Carolina Pirates by a score of 58-3.

Texas A&M performed well versus a loaded schedule on an overall basis, going 2-2 versus Top 25 teams. Three of its losses came to tough conference rivals, while the fourth was the heartbreaker against Clemson. The wild season finale versus LSU was one for the record books, a game which would see Texas A&M finally walk away with a 74-72 win.

On a points per game basis, these two squads are even on offense, but there’s a difference in how they get to their end results. NC State leans heavily on the passing game and impressive signal caller Ryan Lindley, while Texas A&M has a more balanced approach which features a stout running game. The Aggies get the slight edge on defense, but these two teams are in line on key stats for that facet of the game.

NC State has a clear edge on QB protection and turnover margin, while penalty yards per game are a wash. In short, we have two evenly matched teams, and the end result should be a solid and enjoyable contest.

In their most recent five bowl games, NC State has a record of 3-2 while Texas A&M stands at 2-3. The Aggies are on a three-game losing streak, while the Wolfpack have won their last two. All three of Texas A&M’s losses were close, while NC State has posted back-to-back double digit victories.

Last year, NC State faced off with the Arizona State Sun Devils in the Sun Bowl and walked away with a 52-31 win. Texas A&M was invited to the Belk Bowl to square off with the Wake Forest Demon Deacons, and they dropped a close 55-52 decision in a game that devolved into a shootout.

For recent Gator Bowl games, favorites are 3-2 both straight up and against the spread. Last year, the Mississippi State Bulldogs pulled out a 31-27 victory over the Louisville Cardinals. For this year’s edition, Texas A&M has been installed as a seven-point favorite.

From a bottom line perspective, we have two schools from powerful conferences that match up pretty well. Both teams have slightly outperformed expectations on the year, so we’ll lean towards both sides bringing their A-games to close out the year on a high note.

If we look strictly at the numbers, the Aggies are the stronger overall team and should be able to pick up the win as a result. However, NC State has shown a lot in 2018, and we expect them to do the same in the Holiday Bowl. The Aggies get the W, but the Wolfpack do enough to keep this game interesting into the fourth quarter.