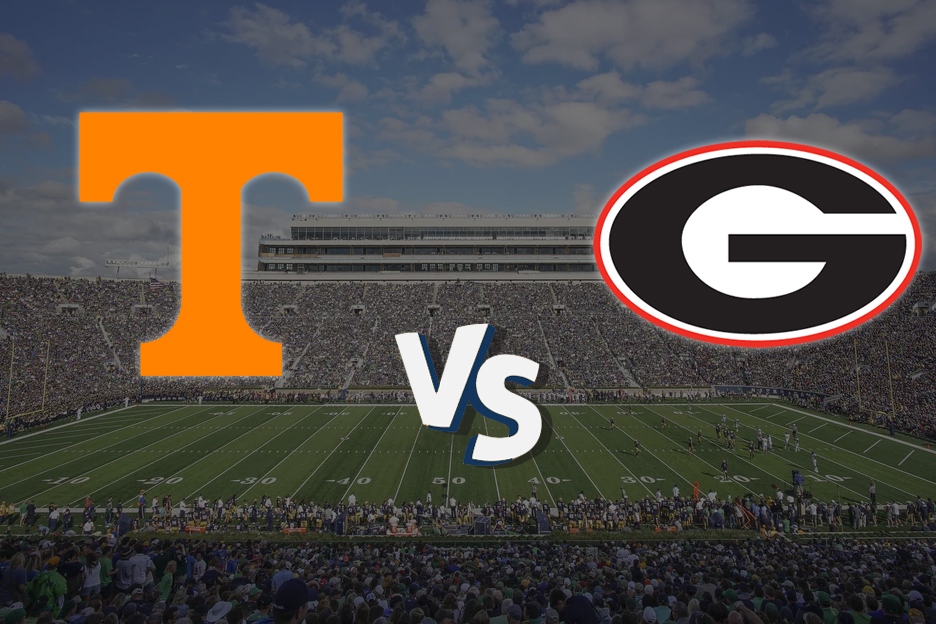 The late Saturday afternoon time slot brings a number of stellar options to the table for your viewing pleasure. Included among them is a game between two SEC rivals, one of whom has legitimate national title aspirations.

The Tennessee Volunteers travel to Georgia to take on the Bulldogs for a 3:30 PM kickoff which will be carried on CBS. Let’s take a closer look at what could be one of the more entertaining late Saturday afternoon games.

The Tennessee Volunteers enter the game with a mark of 2-2. The team’s pair of victories came in Week 2 and 3 against lesser competition. East Tennessee fell to the Volunteers by a mark of 59-3, while UTEP went down by a score of 24-0.

Sandwiched around those victories were losses to the West Virginia Mountaineers and Florida Gators. The opening week defeat to the Mountaineers was pretty convincing, as West Virginia exited with a 40-14 victory. The Gators had a relatively easy time as well with a 47-21 win.

Redshirt sophomore Jarrett Guarantano has handled the bulk of the work at QB. He’s completing 63.9 percent of his passes on the year, but he has only been able to produce 658 yards, two scores, and two interceptions. The backfield has seen a committee approach for the most part.

Sophomore Tim Jordan has been the most productive so far, producing a stat line of 57/237/2. For the wideouts, junior Marquez Callaway has been leading the way with 15 catches for 210 yards, but he has yet to find the end zone as of yet.

On defense, Tennessee is allowing averages of 180.8 passing yards, 134.8 rushing yards, and 22.5 points per game. The unit has produced seven sacks, two picks, and three fumbles on the year.
The Georgia Bulldogs remain undefeated with a mark of 4-0, and the resume includes two big blowout victories. Austin Peay fell by a score of 45-0 in the opener, while Middle Tennessee was on the wrong side of a 49-7 score in Week 3.

Week 2 was slightly more competitive, as the Bulldogs defeated South Carolina by a score of 41-17. The school had its most competitive game of the season last week, a 43-29 win over Missouri. Sophomore QB Jake Fromm led the charge in that one, throwing for 260 yards, three scores, and one pick.

On the year, Fromm is completing 72.5 percent of his passes for 739 yards, nine TDs, and a pair of interceptions. Freshman Justin Fields has also seen some time behind center, throwing for 142 yards and two scores.

A committee approach has taken hold in the backfield. Sophomore D’Andre Swift was expected to be the lead back entering the season, but junior Elijah Holyfield has been more productive. Through four games, Swift has a line of 40/190/2, while Holyfield has produced 36/290/2.

The quarterbacks have a number of talented pass catchers at their disposal. Junior Mecole Hardman has been leading the way so far, as he has hauled in 14 balls for 247 yards and four scores. Georgia has been strong defensively, as the team’s total yards allowed of 1,169 is good enough for 30th in the nation.

The school allows averages of 173.5 passing yards, 118.8 rushing yards, and 13.3 points per game. Georgia only has three sacks so far in 2018, but the defense has forced four interceptions and four fumbles.

There are vastly different expectations attached to these two clubs in 2018, and we need to look no further than odds to take down a national championship to place that in perspective. While Georgia has odds of 7/1 to take down the title, you have to scroll all the way down to 1000/1 to find the name Tennessee.

Tennessee
Has a bye week next week before hooking up with #10 Auburn on October 13. A date with current #1 Alabama is on tap for the following week. In short, it may be awhile before the Volunteers taste victory again.
Georgia
Has a game against Vanderbilt up next, and a tilt with #5 LSU follows that one. The team gets its bye week from that point, and the expectation is that the school will still have a perfect mark heading into the break.

These clubs first hooked up way back in 1899 – a 5-0 victory for Tennessee – and they have met 47 times in total. Tennessee leads the all-time series by a mark of 23-22-2. Over the past 10 games, Georgia has a 7-3 edge straight up, and a record of 4-5-1 against the spread. The Over has been the correct call seven times over that span, including five of the last six years.

Last year, Georgia scored a big 41-0 victory over its rivals. Tennessee was victorious in the two prior years, which were much more competitive affairs. Back in 2015, the Volunteers won by a score of 38-31, while the final score was 34-31 in 2016’s tilt.

On paper, this looks to be a big mismatch. Georgia is a school with legitimate national title aspirations, while a winning record and a solid bowl game would be considered to be a success for the Volunteers. For Georgia to make it to the promised land of the College Football Playoffs, there can be no slip-ups against inferior competition.

While we don’t expect that to be an issue here, covering the massive spread may be a different matter entirely. Georgia looks to be vastly better, but these rivals historically play relatively close games, with last year’s shutout being an outlier from recent years.

Perhaps the stench of last year’s defeat is still lingering around the Volunteers to provide a little extra motivation. Georgia wins handily outright, but we like Tennessee plus the points.