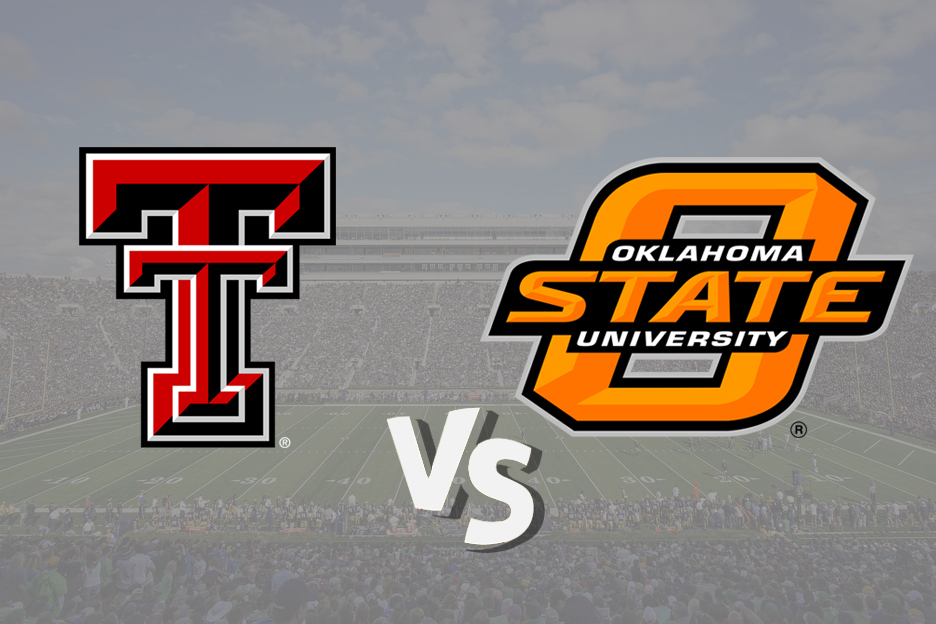 While there are a number of appealing College Football matchups on the docket on Saturday night, perhaps the most intriguing of them all involves a pair of Big 12 rivals that will take the field for a potential shootout. Boone Pickens Stadium in Stillwater, Oklahoma is the venue for the matchup between the Texas Tech Red Raiders and #15 Oklahoma State Cowboys.

The projected total indicates that points are in the forecast for Stillwater on Saturday evening. These two rivals have hooked up for a number of entertaining games in recent years, and we may just have another one on tap.

Let’s take a look at what the oddsmakers have to say about this matchup before we dive right in and break it down.

Texas Tech enters this game with a mark of 2-1. An opening week 47-27 loss to Ole Miss was followed up with two convincing victories. In Week 2, the Lamar Cardinals came to town and were promptly thrashed by a score of 77-0.

The Houston Cougars were up next for a much closer and more entertaining game. Red Raiders freshman QB Alan Bowman threw for a staggering 605 yards and five scores as Texas Tech pulled out a 63-49 victory.

While last week was by far his best performance of the season, Bowman has been pretty solid in throwing 1,160 yards and eight scores on the year. Another freshman, RB Ta’Zhawn Henry, has been leading the charge in the backfield with 166 rushing yards and six TDs.

Junior Antoine Wesley has been the preferred target in the passing game, hauling in 23 passes for 413 yards and four scores so far. Defensively, the Red Raiders have generated five sacks and produced five turnovers through three games.

All told, Texas Tech is giving up an average of 454 yards and 32 points per game. The offense is producing at a feverish pace, with averages of 624 yards and 55.7 points.

Oklahoma State has kicked off the 2018 season with a three-game winning streak, and the Cowboys have climbed to #15 in the polls. The club is outscoring opponents by a margin of 157-51 so far, with victories coming over Missouri State, South Alabama, and Boise State.

Last week’s victory over the Broncos may have been the most impressive of them all. Boise State entered the game as the #17 team in the nation, but it exited on the wrong side of a 44-21 final score. Senior QB Taylor Cornelius had three total touchdowns on the day for the victors.

Cornelius has been solid so far, throwing for 971 yards, seven touchdowns and three picks while adding on two more scores on the ground. Junior RB Justice Hill has been leading the charge in the backfield – 34/277/4 – while sophomore Tylan Wallace has been the biggest threat in the passing game – 19/319/2.

On defense, the Cowboys have been generating a ton of pressure with 16 sacks and four turnovers so far. All told, Oklahoma State is giving up an average of 296 yards and 17 points per game. The offense is humming along with averages of 590 yards and 52.3 points per game.

Oddsmakers are expecting more out of Oklahoma State on the year. The Cowboys are projected for eight wins and have odds of 8/1 to take down the Big 12. For Texas Tech, the benchmark is six wins and odds for a conference crown check in at 75/1.

Looking ahead to next week, the Red Raiders face off with another Big 12 rival in the form of the West Virginia Mountaineers. For Oklahoma State, it’s a trip to Kansas to take on the Jayhawks to close out the month of September.

As mentioned up above, these two squads have hooked up for a number of entertaining affairs through the years. They faced off the first time back in 1935 and have met a total of 45 times. All told, the series is knotted up ast 21-21-3.

Over the last decade, Oklahoma State has a distinct advantage by going 9-1 straight up and 6-4 against the spread. The Over has been the correct choice in six of those contests, including five of the last six years. The Cowboys have won the last nine meetings in a row.

Last year, the two schools met at Texas Tech and produced a combined 75 points. The oddsmakers were a little off on that one, as the bar was set at 85 points heading into the game. Oklahoma State won by a touchdown, with a final score of 41-34.

For this week’s matchup, we can once again say with certainty that scoring is not an issue for either side. These two offenses can put up points in a hurry, and the signal callers for both sides have looked solid in the early going. Oddsmakers have pegged the total at 76.5 points, so there’s certainly the potential for video game-like numbers from both squads.

That said, one side has demonstrated that it can hold an explosive offense in relative check. That would be the Oklahoma State Cowboys, who stifled and frustrated the Boise State Broncos last week. The Broncos put up 21 points in Week 3, and that came on the heels of the squad posting 56 and 62 points in its first two games.

Granted, that success came against lesser competition, but Boise State entered the Oklahoma State game favored by a point in a game with a projected total of 67 points. The Cowboys delivered an efficient performance on both sides of the ball and walked away with a 23-point victory.

We expect more of the same this week. Texas Tech will score points, but not enough to keep pace with a Cowboys club that has been generating a solid amount of pressure on defense. Oklahoma State wins outright and covers the spread to boot.