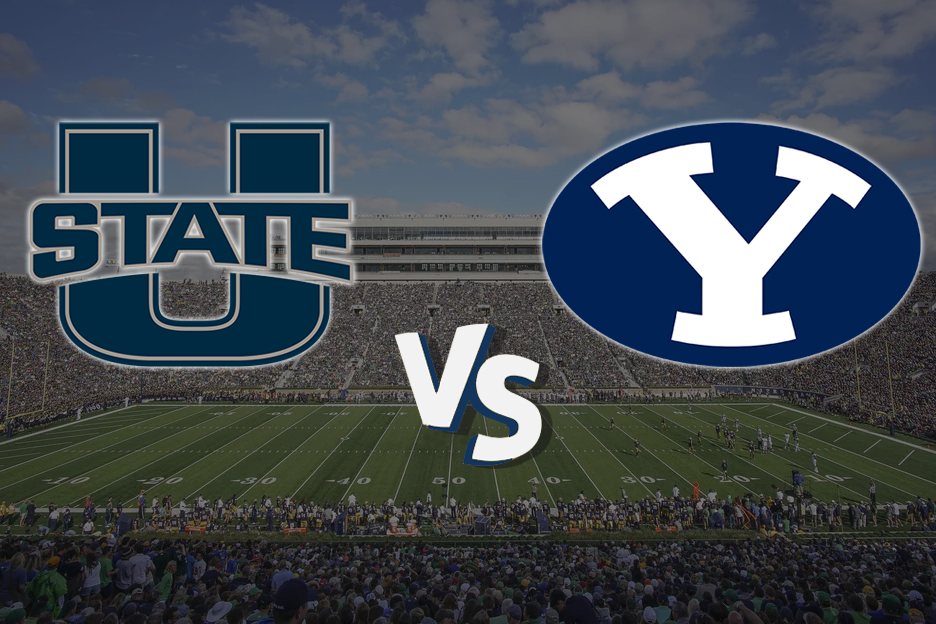 We have a trio of interesting College Football matchups to look forward to on Friday night in advance of the main slate of games on Saturday. Perhaps the most intriguing of the three is the final one pf the evening.

The Utah State Aggies hit the road to take on the BYU Cougars, a squad that just fell out of the AP Top 25 poll in the wake of a tough road loss to the #10 Washington Huskies. The action kicks off at 9 PM EST and will be carried for a national audience on ESPN2.

Let’s take a look at what both squads bring to the table for this intriguing tilt.

Utah State
Enters this contest with a record of 3-1 after ripping off three consecutive impressive victories. The team’s lone blemish came in an opening week loss to the Michigan State Spartans, but the Aggies absolutely gave the nationally ranked program a run for its money.

The Spartans walked out with a 38-31 victory, but the game provided a mere preview of what Utah State brings to the table in 2018. Since that point, the Aggies have rolled over New Mexico State and Tennessee Tech, and they held on for a 42-32 win over Air Force in the school’s last contest.

All told, Utah State has outscored opponents by a margin of 206-95. Through four games, the Aggies are averaging 284.5 passing yards, 190.5 rushing yards, and 51.5 points per game. The yardage averages are a bit misleading, as the bulk of Utah State’s scoring has come from the running game.

Sophomore QB Jordan Love has thrown for five scores and three picks so far. The backfield has combined for 17 rushing touchdowns. Junior Darwin Thompson leads the way with 265 yards and six scores, followed by junior Gerold Bright with 288 yards and four TGs. Love has also added on two scores on the ground, with the remaining rushing TDs split among four other backs.

Defensively, Utah State is giving up an average of 170.3 passing yards, 187.3 rushing yards, and 23.8 points per game. The unit has generated 11 sacks, four picks, and four fumbles so far. The Aggies are currently tied for first place in the Mountain division of the Mountain West conference with the Boise State Broncos.

BYU
Enters the game with a mark of 3-2, and the school’s performance on the field has been a mixed bag. The squad delivered one of the season’s biggest upsets with a big road win over the Wisconsin Badgers, but it was easily handled last week by the Washington Huskies.

Beyond those two tilts, BYU had two close games with Arizona and Cal, winning the first while losing the second. Its fifth game was a 30-3 blowout victory over McNeese State. On the season, the Cougars have outscored opponents by a margin of 107-103.

Senior Squally Canada has been leading the charge in the backfield. So far, he has delivered a line of 68/335/5, averaging 4.9 yards per carry. Canada has also hauled in four passes for 40 yards. Junior Aleva Hifo has emerged as the top pass catching option with a line of 15/151/0.

On defense, the Cougars have allowed an average of 203.4 passing yards, 152 rushing yards, and 20.6 points per game. The unit has produced just six sacks, but the ball has been bouncing the Cougars way. The squad has picked off opposing signal callers four times and recovered five fumbles thus far.

Looking ahead, Utah State has dates with UNLV, Wyoming, and New Mexico for the rest of the month. BYU has a game against Hawaii prior to its bye week. The Cougars will close out the month of October with a home date against Northern Illinois.

These rivals have met 87 times in total, with the first game taking place way back in 1922. BYU has an all-time series lead of 48-36-3. Over the past decade, BYU holds a 7-3 edge straight up but just a 3-7 record against the spread. The Over has been the correct call three times over that span, with one game being a push.

Drilling down into the past five years, BYU holds a 3-2 edge straight up, with Utah State securing victory in two of the past four. The home team has been the victor for the past two years. BYU walked out with a 28-10 victory in 2010, while Utah State was a 40-24 victor last year. The tight spread is indicative of how close this game appears to be.

While BYU has historically been the better team, Utah State has closed the gap in recent times. Perhaps the school’s most impressive performance of the season was its Week 1 loss to Michigan State. The Spartans entered that game as preseason #11, but it literally took all that they had to escape with a home victory. As we’ve seen since that point, the Aggies impressive performance was no fluke.

As for BYU, it’s tough to understand how the school can head to Wisconsin and take down the then-number six team in the nation, but somehow come out so flat in a road tilt against #11 Washington. While two big upsets in one season may be too much to ask for, a closer game with the Huskies shouldn’t have been so far out of reach.

Add it all up, and this shapes up to be a game that’s competitive into the fourth quarter at a minimum. Utah State is talented enough to pull off the small upset, but BYU’s home edge may prove to be a little too much in the end.

We’ll take Utah State plus the points in a close and entertaining game.