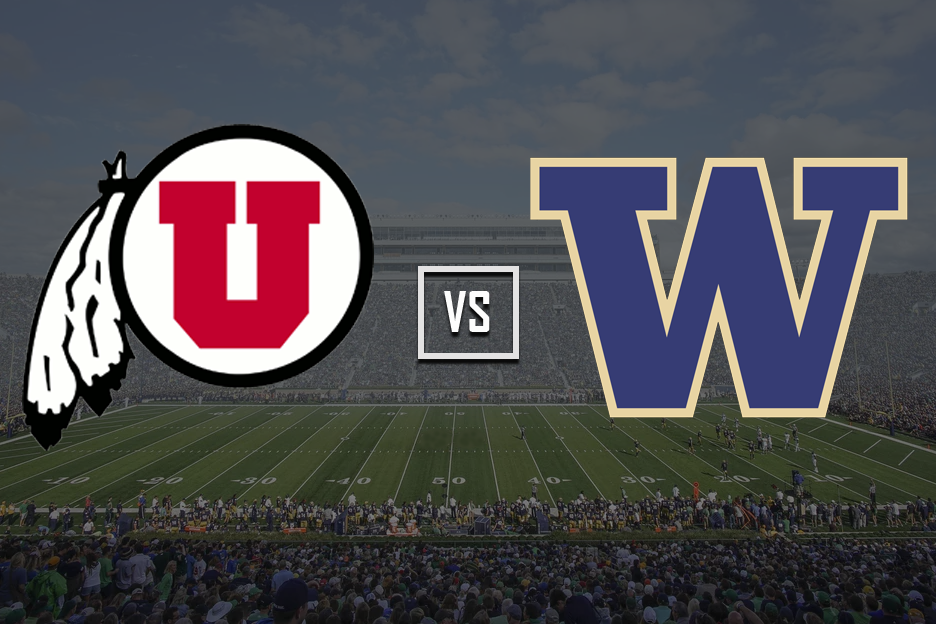 The Pac-12 Championship will be decided on Friday night before a capacity crowd at Levi’s Stadium in Santa Clara. The Utah Utes match up with the Washington Huskies, with the two schools bringing identical 9-3 records to the proceedings.

The conference itself has been a bit on the unpredictable side this season, as traditional heavyweights such as USC had a bit of a down year. There’s no question at this point that Utah and Washington are the top two teams in the conference, and we should see a real dandy as a result.

It shapes up to be an entertaining tilt under the primetime lights on the West Coast. Let’s take a look at this game in full detail, starting with the the game line.

Both of these squads finished out the regular season strong with three-game winning streaks. The Utes played with fire a little bit, as their final loss of the year came to Arizona State, a team they finished just one game ahead of in the Pac-12 South division.

For Washington, they needed an upset victory over rival Washington State in this year’s Apple Cup game to advance to the conference title game. While the Cougars were only slight favorites entering the contest, they looked to be the better team on paper. It wasn’t meant to be, as the Huskies handled business on a snowy field last Friday night.

Utah lost more than just the game versus Arizona State. The Utes would also lose QB Tyler Huntley and RB Zack Moss, the centerpieces of their offense. That would be enough to decimate most squads, but QB Jason Shelley and RB Armand Shyne have given new meaning to the term ‘next man up’ as the Utes have ripped off three straight heading into the conference championship game.

Washington opened up the season with a tough loss versus Auburn on a neutral field in Georgia, and losses to both Oregon and Cal made it look like it just wasn’t their year. However, the club would rally to win its final three, including last week’s convincing victory over rival Washington State, who came into the contest ranked #8 in the nation.

As the stats tell us, these two squads are really evenly matched. The offenses are basically a wash, and the defenses are in the same neighborhood. Utah does a better job stopping the run, while Washington has more success against the pass.

The biggest discrepancy is on QB pressure, as the Utes do a better job on that front. The Huskies are stronger in protecting their own signal caller, while the turnover battle is also essentially a wash on an overall basis. In short, we have a matchup of two evenly-matched teams which could legitimately go either way.

Dating back to 2011, these two teams have met six times overall, and in each of the last four seasons. Washington is 5-1 straight up over that span and 3-3 against the spread. The Over has come out four times in those six meetings.

The spread for this meeting checks in with Washington as 5-point favorites with a projected Over/Under of 44 points. Notably, the Huskies have been favored in each of the last four meetings between these two programs.

Washington is gunning for its second Pac-12 title in the past three years, while Utah is on the hunt for its first overall. While that’s more than enough on the stakes front, the pressure ramps up even further as the winner will have a date in the Rose Bowl while the loser will patiently await a phone call for a lesser bowl game.

Utah has never been to the Rose Bowl, so we would imagine that adds to the motivation for the squad. That doesn’t necessarily give them a big edge on the desire front, but it’s noteworthy enough to use as a potential tiebreaker for what looks to be a really close contest.

Washington entered the season with big ambitions of a College Football Playoff berth, but a tough schedule got the better of them in the end. For Utah, the season has to be considered at least somewhat of a success due to the way the squad has responded to the adversity of losing its entire starting backfield.

In the end, the Utes resiliency on an overall basis may give them enough of an edge to secure their first Pac-12 crown and an inaugural trip to the vaunted Rose Bowl game.

We’ll take Utah plus the points.