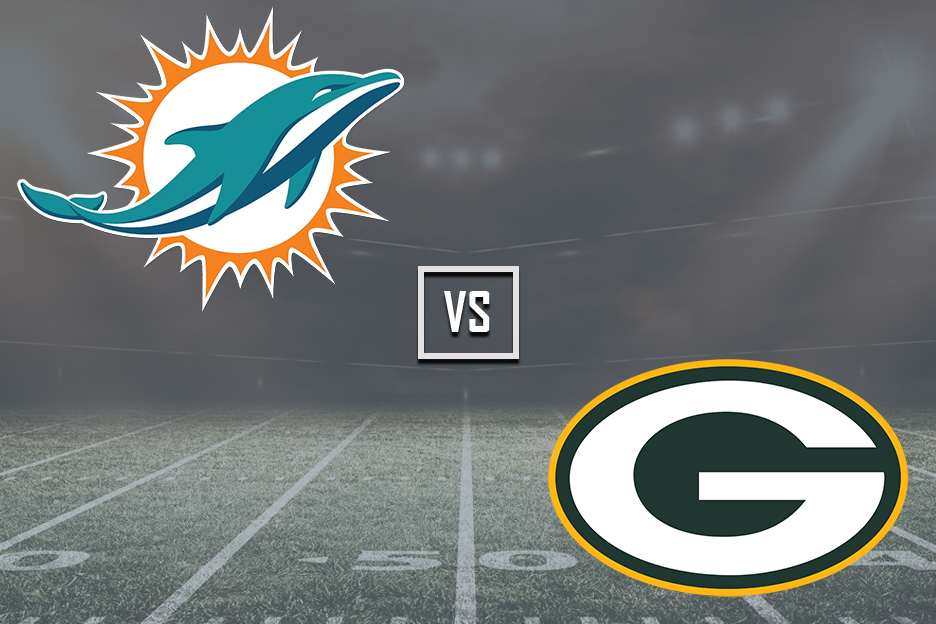 A week ago I backed the Green Bay Packers to go into Massachusetts and beat the New England Patriots. For a second there they looked like they could do it, but a late-game fumble crushed them for the second week in a row.

Green Bay failed me, dropping my NFL picks record to 4-2 on the year. I will try to pick the pieces back up in week 10, this time going against Green Bay.

I actually love the Packers to bounce-back with a home win against the visiting Miami Dolphins, but I’m a little shocked Vegas likes them by a whopping 10 points.

Sportsbetting.ag and other NFL betting sites are giving Green Bay a little too much credit here and I’ve got a number of reasons why Miami against the spread is one of the best bets for week 10:

The Packers Have Lost Two in a Row

Before you lay your cash on Green Bay covering this 10-point spread they have in front of them, consider the very real possibility that they may be in the beginning stages of a horrific slide.

The Packers were expected to be Super Bowl contenders, but over the first half of the 2018 NFL season a lot of things have been revealed.

Aaron Rodgers hasn’t been fully healthy this year, but injured or not, he also simply hasn’t been his elite self. In addition, head coach Mike McCarthy has been questioned for a lot of his decision-making and Green Bay’s general talent has seemingly been lacking.

If the Packers are who their record suggests they are, it wouldn’t be that shocking to see them free fall here and watch their season light on fire right before their very eyes. That logic is enough to give Miami’s fat +405 moneyline a cursory glance at Sportsbetting.ag, while their +10 point spread is clearly in play as well.

Like I said before, I’m not convinced the Packers lose this game. They actually gave the Rams and Patriots two good fights on the road in hostile environments.

Dropping to 0-4 away from home is alarming, but they at least get to come back to Lambeau Field, where they’ve yet to lose this season.

That probably leads to a much-needed bounce-back win against what should be an inferior opponent.

While that may end up being the case, I struggle to get away from the fact that the Packers just have not been a dominant football team in 2018. Like at all.

The one big win they have came at home against the Buffalo Bills. Looking back, that’s not impressive in the least.

Green Bay did cover a thick spread that week with a 22-0 shutout win, but doing that to Miami will be a tall order. The Dolphins actually have a pretty talented offense and a capable defense.

The Packers are probably winning this game, but are they a lock to come out and win by 11 to cover this spread? I’m not so sure. After all, this team has leaned on Aaron Rodgers hard to get wins this year and that’s equated to one tie and two last second victories.

In all, Green Bay has not been great at covering the spread (3-5 on the year) and being at home (1-2) hasn’t helped matters much.

Miami Has the Better Record

The other thing is whether or not we’re even sure who the better team is in this matchup. It’s tough to peg the Dolphins, as they don’t have Ryan Tannehill under center anymore and have been wildly inconsistent.

On the surface, Adam Gase still heads an offense that has talent and can put some points on the board when they’re clicking. Miami also has a defense that is far from elite but can still hang tight in the right matchup.

The Dolphins got absolutely smoked by a Patriots team Green Bay gave a run for their money in week nine and they’re an unsavory 1-3 on the road. However, they have a very explosive rusher in Kenyan Drake and several wide receivers who could potentially slice up Green Bay’s secondary.

Miami is also technically still playing for first place in the AFC East. I’m almost 100% certain they have no shot, but who am I to tell them they can’t dream? Still just two games behind the Pats, Miami could keep pace with a win here and take New England down when they meet again later this year.

With a lot to play for still and two more wins than the Packers, bettors need to consider that a decent Miami team is providing insane value with this 10-point spread.

More than anything, I think everything is going to circle back to Kenyan Drake and Miami’s running game.

It’s the one facet of Green Bay’s defense where they’ve shown very few promising signs and Drake’s explosiveness and versatility is very scary in this matchup.

Besides, I’m not too worried about Brock Osweiler strolling into town and having a career day against the Packers. Yes, he did dice up the Bears a few weeks back, but he’s quickly come back down to earth ever since.

Ultimately, I’m aware Miami is fairly fraudulent as a whole and hasn’t fared well on the road. However, they’ve still been pretty competitive and a 5-4 record shouldn’t be laughed off.

I think Green Bay gets the win, but as has been the case pretty much all year, they’re probably in for a game-long battle to make that happen.