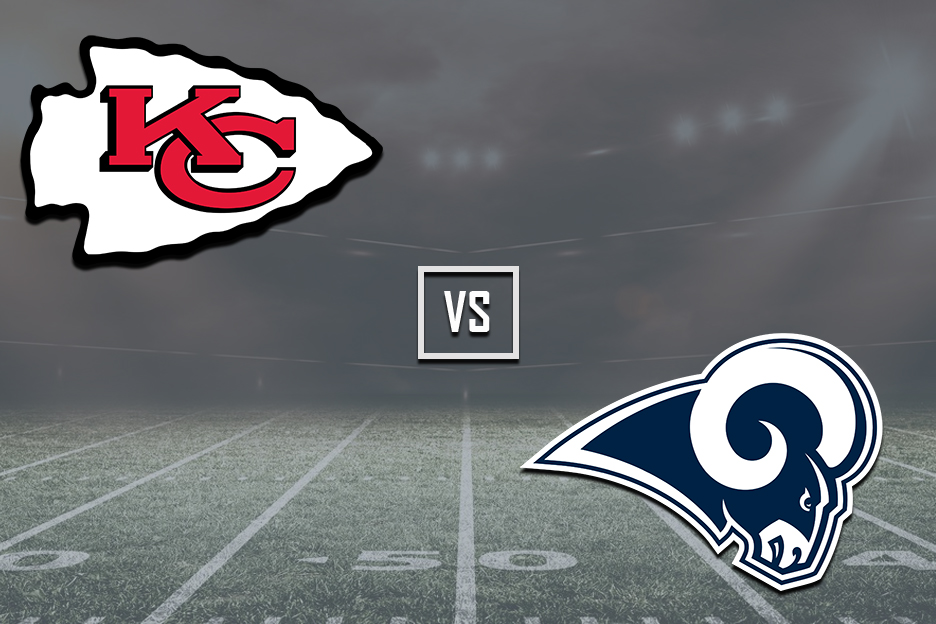 Everyone wants to know what will happen in the NFL’s most anticipated game in week 11. We’ve been waiting for this epic showdown between the Kansas City Chiefs and Los Angeles Rams for pretty much the entire season and on Monday night it finally arrives.

It’s not going down in Mexico City, but it’s still coming.

People don’t just want to watch or guess what will happen, either. They want to know how they should bet on it. It’s not enough to sit back and enjoy the greatest NFL matchup of the season; you’ll want to have some skin in the game as well.

There are a number of ways to look at this thing, but all early signs point me to the Chiefs. This Total is insane (63.5!), which tells you it’s going to be an explosive game. That, or Vegas just assumes that’s what everyone else believes.

I’m drinking the kool-aid here with a smile on my face. The Chiefs and Rams have routinely hung 30+ points on their opponents all year and have one loss apiece. This game is going to be intense, it’s going to be explosive and most of all it’s going to be fun.

I think it can also be very profitable. Why? Because you get the Chiefs with a pretty thick +3.5 point spread (this should without a doubt be a pick’em) as well as a fat +150 moneyline.

That straight up KC bet is what I’m attacking with zero hesitance and I’ll give you a few reasons why:

Patrick Mahomes is the MVP

It’s because there just isn’t one. Mahomes has 31 passing touchdowns through 10 games. In his second NFL season and first full year on the job, he literally could break the single-season passing touchdown record.

Mahomes’ current pace (3.1 TDs per game) almost gets him to 50. If he can have a couple huge games and chase the record in the season finale (not a guarantee), he truly could have a chance at it.

He’d need to keep up an already torrid pace and it’s not exactly likely, but it’s not something I’m about to rule out.

He’s just that good. He can evade pressure, he can extend plays, he can hit the intermediate targets and he can kill your defense’s soul with bombs over the top. Bombs like we simply have never seen.

After seeing what Drew Brees did to this Rams defense just a couple of games ago, it’s very hard to imagine this game not featuring several huge plays out of Kansas City’s passing game. Mahomes’ rapid maturation and elite skill-set are huge reasons why.

The Rams Won’t Get to Him

Another big reason why Mahomes will have such a huge imprint on this game is because he probably won’t be running for his life.

We’ve seen he can thrive even when that does happen, but the Rams have struggled all year to piece together a consistent pass rush.

L.A. has a star-studded defense, yet they rank just 9th in sacks (they got a boost from week 10) and will go up against an offense that ranks 6th in sacks given up.

Mahomes can move in the pocket and get the ball out of his hands in a number of ways. He’s also exceptional at sensing pressure and reacting to it. He honestly might be at his best when things break down.

All of that leads me to believe L.A.’s defense will be a relative non-issue in this matchup.

The Rams Lost a Key Piece

I’d say the Chiefs are more dynamic and more explosive, but I don’t even have to go there. Now they’re those things but also simply healthier.

The loss of star wide receiver Cooper Kupp (torn ACL) is a big one. It shouldn’t be ignored or understated. He and Jared Goff had terrific chemistry, he had the ability to spring big plays and he was a very good asset inside the red-zone.

Now he’s gone. The Rams don’t really have a suitable replacement behind him and they’ve never found a lot of success utilizing their tight ends. That could put extra pressure on their main stars.

Maybe they respond with bigger numbers, but losing a key component to their offense shouldn’t be regarded lightly.

KC Could Easily Be Undefeated

The Chiefs are the best team in football. There, I said it.

Their lone loss came in New England against a good Patriots team that game-plans as well as anyone and makes the Super Bowl on a yearly basis. That loss was by three points in a game where they hung 40 on a Bill Belichick defense.

They’re otherwise 9-0 and nobody else has truly challenged them. Some of their scores look tight, but they’ve mostly wiped the floor with everyone. The one other game where it was dicey, Mahomes showed he could operate in the clutch by scoring two fourth-quarter touchdowns to beat the Broncos in Denver.

Kansas City could be a few plays away from being 10-0 right now. The Rams have had way more games go down to the wire and it’s arguably their schedule/results haven’t been nearly as impressive.

Needless to say, the Chiefs look like the superior team on paper and it shouldn’t shock anyone if/when they emerge with win number 10 this week.

KC Could Easily Be Undefeated

Kansas City has the best quarterback in the league this year, they have an absolutely loaded supporting cast and they could easily be undefeated right now. This game should 100% by priced straight down the middle in a pick’em, yet the Rams get the nod.

I don’t know if Vegas just thinks everyone buys into L.A. more or if this game moving to Los Angeles sets up nice for the Rams. Either way, this is like getting the Warriors at +125 in an NBA game. You make that bet and that’s what I’ll be doing in week 11.