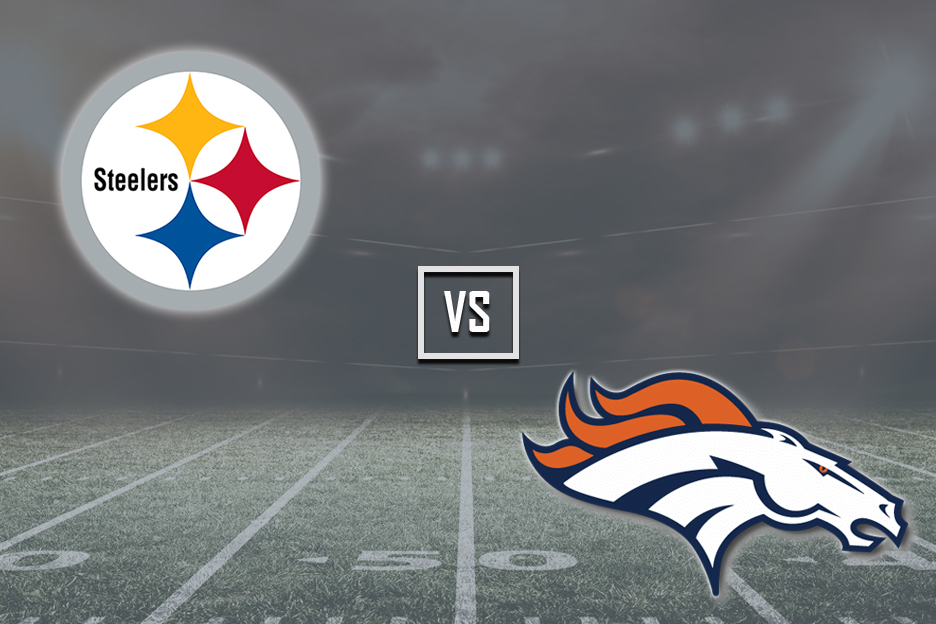 I was spurned for the third week in a row in week 11, when the Kansas City Chiefs failed to deliver on a sweet +150 moneyline. KC had the Rams right where they wanted them all game, but couldn’t seal the deal with two late tries.

Patrick Mahomes was a monster in that instant classic, but he also turned the ball over five times. Oh, what could have been.

It’s onward and upward come week 12, however, as I’m back on the hunt for a win. I think I can get that with the Steelers, even though they travel to Denver to face the Broncos.

Denver is coming off of a big win over the rival Chargers last week, but have otherwise been very inconsistent in 2018. Their playoff lives are on the line, but Pittsburgh has won six straight and after digging themselves out of a 16-0 hole last week, seem fairly unstoppable.

You can take the Steelers straight up (-175 at Sportsbetting.ag), but they make more sense as mild -3 favorites (-120). Here’s why you can confide in them this week:

Pittsburgh was destined to have their five-game winning streak snapped last week. Now they’ve won six games in a row.

A 16-0 hole on the road against an inspired Jacksonville defense couldn’t even derail them, as the Steelers fought back and put up 20 points in just the second half alone.

That might say something about the state of the Jaguars, but to me, it’s more about the Steelers. They are just that dynamic, that versatile, that explosive and that experience.

Pittsburgh can blow you away like they’ve done to the Panthers and Falcons previously, they can gut out tight wins that resemble heavyweight bouts or they can storm back when you’ve left them for dead.

It’s one thing to just be a good offensive team that can put up points. It’s another to do that when you’ve got nothing going right for you. Pittsburgh showed true grit last week and that’s one reason why I’m not anticipating they lose again anytime soon.

That Offense is Dynamic

I touched on it briefly, but boy can the Steelers do a lot of different things offensively.

Both Antonio Brown and JuJu Smith-Schuster can kill you deep down the field, but Brown can also torch you on screens and from within the slot. Pittsburgh also has two very different tight ends that can gobble up first downs, stiff-arm the opposition to the moon and give you something to think about in the red zone.

There’s also James Conner, who has had some issues with drops but otherwise has been an amazing fill-in for Le’Veon Bell at the running back position.

Pittsburgh can dink-and-dunk their way down the field or take the top off of your defense (5th in passing). They can power run you into the ground as well and they most certainly can execute inside the 20 (#2 RZ scoring offense in all of football).

The Steelers are a layered offensive unit and it’s a little surprising it took them a while to wake up this year. But they’re here and they are spectacular.

I don’t know what it is about the Steelers, but they tend to start slowly almost every year, get hot and then they rarely lose later in the year. Except to the Patriots in the AFC title game or something like it, of course.

Regardless, Pittsburgh is hot once again after winning each of their last six games.

They’ve done so with dominance, with their passing attack, with their running game and with their defense. They’ve also done so in the clutch and as last week showed, they have the ability to steal wins when people have completely counted them out.

Overall, this team is ablaze and betting against teams this hot is always dangerous.

I’ve seen on a couple of NFL betting sites this week that Denver offers value as home underdogs. That’s impossible to deny. However, the Steelers are racking up win after win and Denver hasn’t won consecutive games since starting the year at 2-0.

The Broncos just aren’t an easy team to trust. Not only are they just 4-6 on the year and 2-3 at home, but they haven’t fared particularly well against the spread.

Denver is just 1-3-1 against the spread at home and 3-3 ATS as the underdog. The latter isn’t necessarily damning, but the numbers don’t promote them as a safe pick, either.

In general, Denver simply isn’t reliable. Perhaps that’s because they still split their running game between two guys, their formerly elite defense has tailed off and Case Keenum is not the most consistent of starting quarterbacks.

Keenum was a bit of a revelation last year with Minnesota, but that hasn’t translated to his first season with the Broncos. Denver has struggled to get wins on a regular basis and his averaging of at least a turnover per game has been a key reason why.

Facing Pittsburgh’s nasty pass rush (#1 in the NFL in sacks) and being forced to hang with the Steelers’ explosive offense, Keenum will likely crack. So, too, will the Broncos as a whole.

I love the Steelers to get win number seven in a row this week. One thing I notice a lot about the top pro football betting websites is how they price games and it really seems like they’re trying to drum up interest in Denver this week.

The spread is just good enough to interest bettors in the Broncos. I get it, they’re a capable team, they just beat the Chargers and they’re at home.

But they’re not really a good team. I also tend to not trust Vance Joseph. Outside of last week’s win over L.A., he hasn’t inspired much confidence and anytime Denver does win, it’s by the skin of their teeth.

The Steelers just survived one of those games last week, so I expect them to come out a little more motivated and with some extra pep in their step. Look for a decisive Steelers win in Denver and for Pittsburgh to cover this three-point spread.