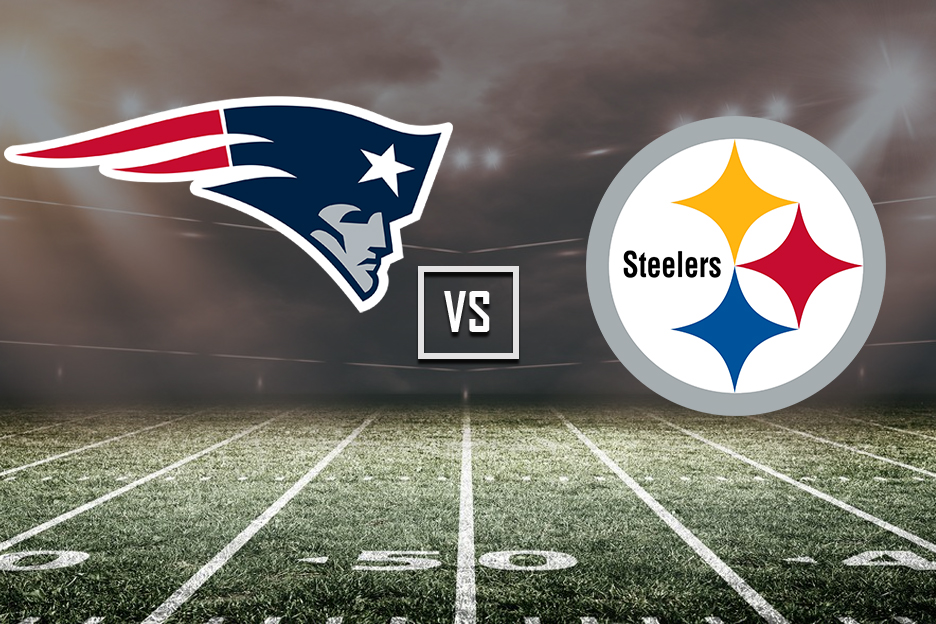 Something has to break in week 15. Both the New England Patriots and Pittsburgh Steelers are coming off of gut-punching losses and one of them will for sure redeem themselves by getting a huge win.

Pittsburgh might need the victory a tad more than the Pats. Ben Roethlisberger’s crew is reeling behind three straight losses and if they didn’t catch fire late in a win against the Jaguars a few weeks back, it could be worse.

The Pats were starting to look like a threat for the top seed in the AFC. They had a win in Miami wrapped up and were probably thinking about where they’d be eating their celebration dinner.

Man, I never get bored watching that and I bet I’ll enjoy it for years to come.

But I’m not entirely sure what New England suffered last week is any less painful than this:

I’ve come to the conclusion that both bred terrible feelings. Kickers slipping to miss game-tying field goals and Rob Gronkowski stumbling like a buffoon whilst allowing a miracle lateral touchdown; both are not good.

But hey, these two teams now face each other in week 15 and sports bettors probably want to know which way to bet. I think New England is the obvious play and their -133 moneyline is to die for.

Let’s break this game down a bit further to see why Pats over Steelers straight up is the pick to roll with this week:

New England is Never This Cheap

You can look at this game both ways from a sports betting perspective. The Steelers are an elite home underdog (+113) and desperately need to win this game.

Sure, but the Patriots also can’t really afford to lose either, and this -133 price to back them (-115 if you want their 2-point spread) is just as enticing.

It might be rare to get the Steelers as underdogs, let alone at home. However, the Pats are even less likely to be anywhere near -150 on a moneyline, let alone -133 or better. That’s their price right now at Sportsbetting.ag and if you hunt around over the next couple of days, chances are you might stumble upon an even better price.

Both of these teams have to win this game. In a wash when it comes to value and importance, I’d give the advantage to New England every single time.

The Steelers Are Falling Apart

Even if you’re not swayed by the nice price, consider that this isn’t your usual Steelers team.

Something is amiss. Le’Veon Bell hasn’t been here all year, James Conner is at best nicked up if he does play this week and some say Antonio Brown is in the midst of a steep regression.

You also have the issue of Ben Roethlisberger not really getting the job done late in games, while he’s also started slowly in a number of them. Pittsburgh’s mystique at home has evaporated, too, as the Steelers are just 3-3 at Heinz Field in 2018.

Pittsburgh has a dynamic offense that can pop off at anytime, but it hasn’t been popping off lately. They also don’t get a ton of help from a defense that can rush the passer and does little else at an elite level.

Say what you will about the talent and coaching in Pittsburgh, but this team has lost three in a row and is quickly sliding out of the AFC playoff picture. At a time when the Steelers are usually heating up, they’re powering down. Bettors shouldn’t be taking that reality lightly.

The Pats Own Pittsburgh

This series hasn’t been very productive for the Steelers. Whether they fall behind early, get burned by referees late or see a star impact player be nullified by injury, something always goes wrong and they lose to New England.

Seriously, the Pats have won five straight in this series. Maybe Tom Brady is just that much better than Big Ben. Perhaps the Patriots play the mental game better than anyone. Who knows?

Whatever the case, the Pats either blow the door off the hinges or they simply out-execute the Steelers down the stretch. Maybe Pittsburgh finally bucks that ugly trend with their season on the line, but I’m starting to doubt it.

I also just don’t make a habit of betting against Bill Belichick.

New England lost back-to-back games earlier this year and everyone was shocked. They should be. New England doesn’t do that very often and I’d especially be reluctant to bank on that rarity in a borderline playoff setting.

New England has an opportunity to quell those “Dolphins to win the AFC East” chants and they could also knock out a tough playoff threat in the process. You think the Pats want to risk losing the AFC East to Miami because of a lateral play, or that they want to see Pittsburgh again in a few weeks?

No and certainly not.

New England is not immune to upsets and tough losses. We’ve seen that this year. But they do their job and grind out wins better than anyone. That hasn’t been a Steelers specialty lately and when you put a team that is clutch up against one that isn’t, the math kind of does the work by itself.

I see the value with the Steelers here and they obviously need to win. But they needed to win the last three weeks, too. They haven’t been great at home and they’ve been terrible in this series for years as well.

There isn’t much that points to a Steelers victory, yet Vegas is offering a very nice price no matter how you plan on backing the Pats. I’m not going against Tom Brady until I see the wheels break off and roll down the road into a fiery pit.

Until then, the Pats are not a team to be trifled with and they’re gearing up to do two things; go for the kill and get the bitter taste of a fluky defeat our of their mouths. That’s what a champion does and Pittsburgh will, unfortunately, be reminded of the gap between them and the Pats again this week.