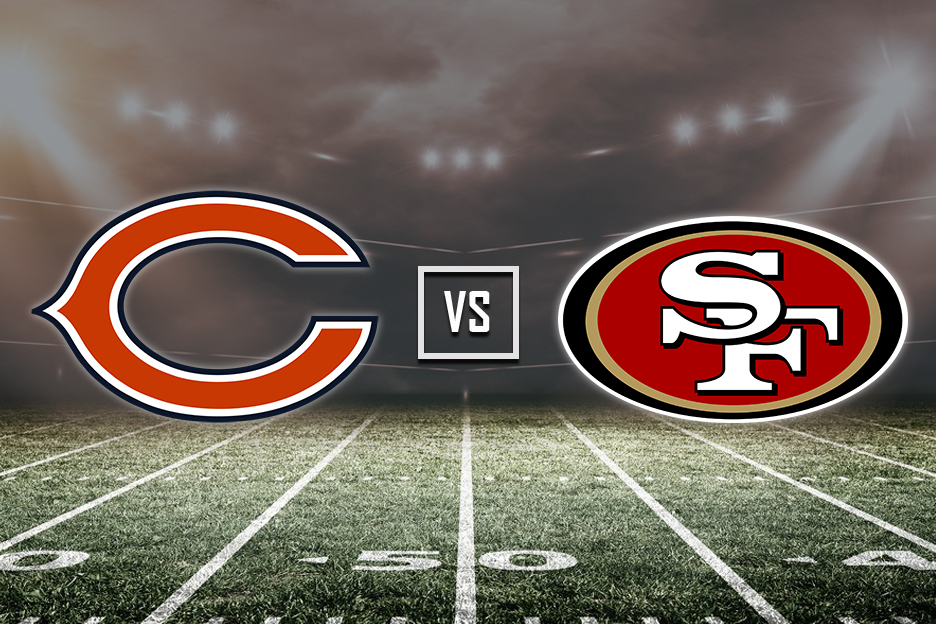 The Chicago Bears head to the Bay Area in week 16, where they’ll face off with the San Francisco 49ers. This is a game that should have been a marquee showdown had star quarterback Jimmy Garoppolo managed to stay healthy, but instead these are two teams headed in very opposite directions.

San Francisco is still fighting, but are destined for a top-10 pick in the 2019 NFL Draft. Chicago, meanwhile, have collected a slew of impressive wins en route to a NFC North title. If they win out and things break their way, they just might have a shot at the top seed in the NFC.

I get that the 49ers just beat the Seahawks, but it took everything they had to stage that upset. You’re telling me they’re going to turn right around and do the same thing against a better Bears team? I doubt it.

Chicago is winning this game and I think they’ll cover as well. Here’s a few reasons why:

The number one reason to back the Bears here is the fact that their elite man-eating defense is facing Nick Mullens. I know Kyle Shanahan’s system is lights out and Mullens has flashed ability, but this is easily his most difficult matchup to date.

Remember how Mullens face-planted in a seemingly pristine matchup when he faced the Tampa Bay Buccaneers or how he struggled the first time he faced Seattle? Yeah, me too.

This matchup is even more difficult, as the Bears have chewed up some very good quarterbacks and have held capable offenses like the Vikings, Packers, and Rams to a combined 43 points.

Mullens is at home and riding high after last week, but he’s not good enough to get past the Bears.

The 49ers Are in For a Letdown

The Niners as a whole scream trap to me this week. You probably could have argued for them as a trap against betting on Seattle last week, but teams like this rarely land a massive upset in successive weeks.

That might be too tall of an order even if the 49ers were at full strength. They’re down to a third-string passer and they simply have too many viable bodies missing to really rely on them. They’re also facing one of the best teams in the NFL with arguably the top defense in the league backing them.

Chicago is on a mission right now and the Niners are simply in the way. San Francisco rose up last week to score a huge win over a hated rival, but now they’re inclined to shrink back down to what their record says they are.

Chicago Has Too Much to Play For

The other thing is that there is just too much riding on this game for the Bears to blow this. The 49ers have looked better of late and they’re at home, but this is a test for Mitchell Trubisky to shine on the road in a tough environment and the Bears also have a ton to play for.

Chicago could coast with the NFC North locked up, but they own the head-to-head tiebreaker over the Rams. Should they win out and New Orleans lose out, they’d have the top seed in the conference.

That’s not that realistic at this point, but it’s not impossible. Even if it doesn’t happen, though, Chicago could still lock up the number two seed and a first-round bye week. Any of that could be very useful in their plight to win the franchise’s second-ever Lombardi Trophy.

Beyond that, the Bears want to be in a groove when they enter the playoffs. Losing out or playing poorly as they enter postseason play can’t be a goal of theirs. Losing to a bad team like the 49ers in general – even on the road – would also have to put a bad taste in their mouths.

This Spread is Tiny

Lastly, just from a pure betting perspective, this point spread is way too low.

In my mind, the Bears are locks to win this game. They have momentum working in their favor with four wins in their last five games, they have the best defense in football, their offense isn’t too shabby and they’re facing a losing team.

The Bears are a respectable 3-3 on the road and I’m sure that’s something they want to get better at in the event they play road playoffs games and/or get to Super Bowl 53.

However you want to look at it, the Bears are likely winners here and a -4 point spread doesn’t feel like a big gap they have to cover.

Chicago has covered a spread like that in nine of their 10 wins and they’re an elite 10-4 against the spread as a whole in 2018. The Niners, meanwhile, have lost by four or more points seven times this year and are just 5-9 against the spread.

Everything I look at tells me the Bears win and considering they’ve been decent enough on the road and elite against the spread, I don’t see much working against them covering, either.

You actually can get away with betting on the Bears straight up this week. Their -195 moneyline is probably about as cheap as they’ll come the rest of the year after all.

Still, the Bears are a solid play to win by a touchdown and bettors don’t even have to go that far. Sure, the 49ers nabbed a big win last week and are slightly better than their record shows, but they’re not going to do that two weeks in a row.

Chicago to cover a light 4-point spread feels like the best bet in all of football this week and the value attached to it is pretty sweet.