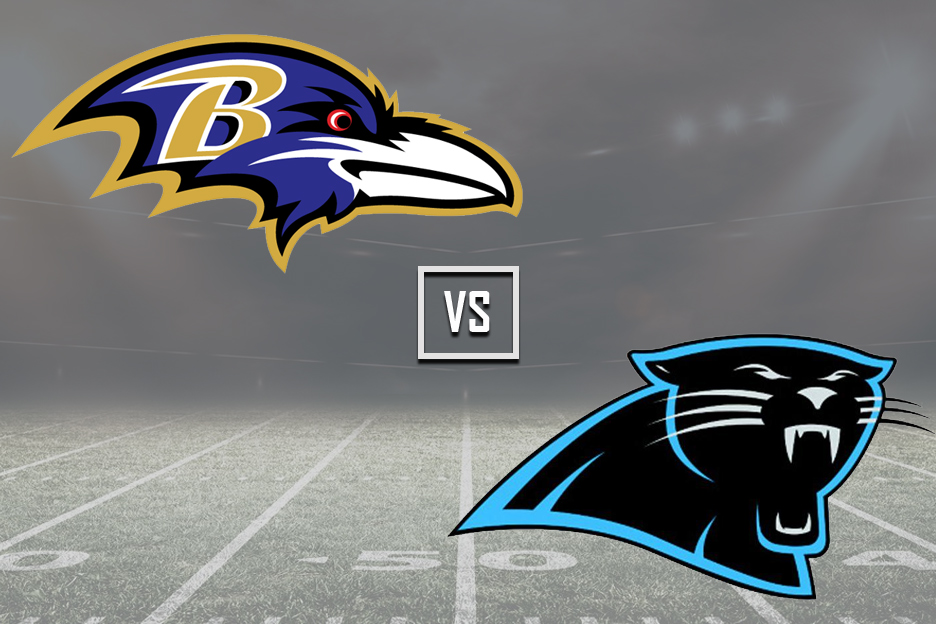 If you’ve been rolling with my weekly NFL picks to this point, you’re in the green. The Pats covered the spread at a nice price last week and moved me to 3-1 since I started up.

This week I’m digging a tense inter-conference battle in Carolina.

The Baltimore Ravens and Carolina Panthers will both be looking for key wins in week eight. Baltimore will be attempting to forget Justin Tucker’s biggest gaffe – literally the first of his entire career – and the Panthers will hope to keep pace with the New Orleans Saints atop the NFC South.

One wrong move by either team and they can quickly go from quality playoff threat to a team teetering on the brink of missing the NFL playoffs altogether.

Both teams sport solid defenses, they can run the football and they have passing games that lull you to sleep but can still attack you. They’ve also played uninspiring football at times and can be tough to peg.

Going into this game, though, the Panthers simply offer too much value as a +113 home underdog at Sportsbetting.ag. Baltimore is a viable upset pick, but I’m not buying them this week. Here’s why:

Cam Newton is a Dinosaur

Ravens star safety Eric Weddle made headlines recently by saying Newton was a dinosaur – a triceratops, to be specific.

That isn’t meant to be a slight, either. Instead of calling Newton old, Weddle merely meant Newton is such an unorthodox and indestructible force at quarterback that he’s difficult to prepare for and/or defend.

The point here is that Newton isn’t a guy who just stays in the pocket and picks you apart with his accuracy. He absolutely can get hot as a pure passer, but Newton exploits the defense with his punishing running style and hunts for big chunk plays down the field.

None of that is going to be easy to locate against one of the better defenses in the NFL, but Newton being a special breed of dual threat quarterback gives the Panthers the edge they’ll need.

Panthers Are Tough at Home

Carolina has one obvious secret weapon, but they have a second one in the fact that they’re historically pretty good in front of their home crowd.

How many times can you recall Cam Newton running to the stands at Bank of America Stadium and handed some kid a football after a touchdown? The answer is “a lot” and that’s because the Panthers are busy at home – scoring and winning.

Carolina is 3-0 here in 2018 and in just those three games they’ve won in three different ways. The past shines a positive light on the Panthers playing at home as well.

Take a look at how the Panthers have fared at home since 2013:

There were a couple mediocre showings thrown in there, but the Panthers tend to get the job done at home. They’re a strong 4-2 going into week eight and can’t really afford to lose with the 5-1 Saints staying red hot.

With a game at home against a sinking Ravens squad, I tend to think a loss here is unlikely.

Ravens Are on Tilt

One massive reason why I’m down on the Ravens is the fact that they should be on tilt after how they lost at home last week.

They were beating the Saints for much of the game, but blew a 17-7 lead. Even when they stormed back to force overtime, normally reliable kicker Justin Tucker committed the worst possible gaffe when he shanked an extra point.

Converting that PAT would have tied the game and given the Ravens a chance to win the game, while a miss pretty much handed them a loss.

Baltimore is not a bad team, but they are just 2-2 on the road this year and have now dropped two of their last three games.

Do You Trust Joe Flacco?

The Panthers are good at home, the Ravens are on tilt and struggle on the road. They also just aren’t easy to trust offensively.

Outside of a 47-point offensive explosion against the Bills in week one, the Ravens haven’t exactly been an elite offense. They’ll be facing a surprisingly beatable Panthers secondary, but the Panthers still have a lot of talent on the defensive side of the ball and will be playing in the comfort of their own home.

That puts some pressure on Flacco, who has helped Baltimore top 30 points exactly zero times since that crazy first week.

Flacco can still make plays, but his passing game is not consistent and the Ravens flat out lack explosive plays from basically every facet of their offense.

I don’t trust Flacco in general, but I certainly don’t trust him in this spot on the road.

Ultimately, I just love the betting value associated with Carolina in week eight.

I definitely respect Baltimore’s defense and the fact that they need this game, but coming into Bank of America Stadium and getting a big win like this will not be easy.

It’s more than just having to go on the road against a good football team, though. The Panthers are incredibly dynamic with how they can beat you on the ground and they have never been a team that has to do things a certain way to win.

The Panthers are also very good at grinding out wins and showed last week with a 21-0 run to storm back from a 17-0 hole that they are never fully out of a game.

Baltimore will need to bring their A-game in this one, but I don’t see them winning. In addition, the Panthers as a +113 home dog is just too good of a price to bypass this week.