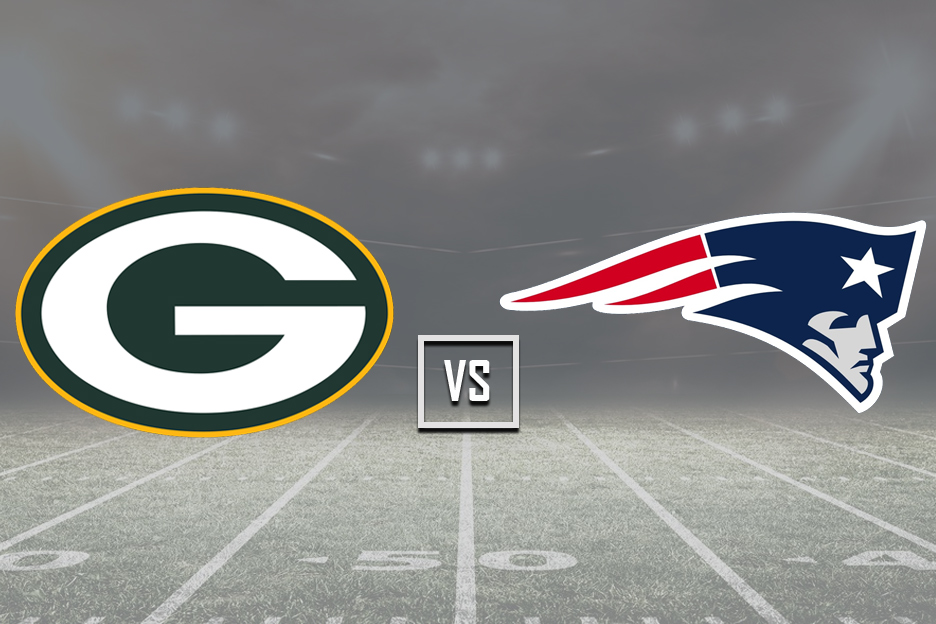 I scored another big win in the NFL betting scene last week, as the Panthers held down the fort at home and took down the visiting Ravens. The win marked my third in a row as I went to 4-1 on the year with my NFL picks.

This week I see a lot of value on the board, but nothing looks more inviting than a showdown in New England between the Patriots and the Green Bay Packers. This marks just the second time ever that a healthy Aaron Rodgers and Tom Brady will face off, so picking football games aside, this is going to be one you’ll want to check out.

Thankfully it goes down on Sunday Night Football, so everyone will get a front row seat to quite possibly the best game of week nine.

Last week delivered something similar, as A-Rod and company fought back against a crazy +9.5 point spread and nearly beat the Rams in La La Land. In fact, had it not been for a foolish Ty Montgomery fumble, we could be talking about a massive Packers upset right now.

Unfortunately, that isn’t what happened and as +5.5 underdogs at Sportsbetting.ag and other NFL betting sites, there’s a very real possibility Green Bay is on full tilt.

While that may be the case, I love the Packers this week at their +205 straight up price tag at GTbets.eu. Here’s why:

They Almost Beat the Rams

I’ll admit there is a very real threat of tilt here, as coming so close to a huge road win and not finishing the job can crush a team. Maybe, or it can serve as a reminder that the Packers are a little better than their 3-3-1 record may indicate.

Let’s consider the fact that their tie game came against the Vikings, who some still think are Super Bowl threats. Their three losses all came on the road – one to a rival in a game where Mason Crosby shanked five kicks, another to the undefeated Rams and another to a solid 5-2 Redskins squad.

Green Bay shoots themselves in the foot at times and probably relies too much on Aaron Rodgers, but they’re not this trash team everyone makes them out to be.

After nearly pulling off a massive upset last week, there’s plenty of logic to suggest they can turn right back around and aim to actually accomplish that feat in week nine.

One huge reason for optimism when it comes to the Packers is the fact that their defense held up against one of the best offenses in the league. The Rams gave up five sacks and were held below their scoring average on the year.

The Packers do not have an elite defense, but they generated pressure all game and that’s not usually something Tom Brady handles very well.

Green Bay also got stellar play in their secondary. Rookie cover man Jaire Alexander blanketed Brandin Cooks for much of the day and had it not been for two lucky catches, the Packers may have shut the Rams out in the first half.

If Green Bay plays well up front again, it’s not crazy to think they do enough in the secondary to keep this game close and give Rodgers a chance to pull out another clutch win.

Aaron Jones Can Be a Monster

Something the Packers finally did last week was feed Aaron Jones the rock a bit more. They honestly should have given him even more touches, but he was able to do enough to spark Green Bay’s offense early and get them back in the game in the fourth quarter.

Green Bay wisely traded away gadget man Ty Montgomery which should only open up more work for Jones. He’s been Green Bay’s top rusher since they drafted him and it’s high time he actually gets the workload to match his talent and impact.

Seeing as how the Patriots do not have an elite run defense (15th), it’s possible Jones gains chunk yardage and helps keep the offense balanced and Green Bay’s defense fresh.

Aaron Rodgers is a Bad Man

There’s also the case of Aaron Rodgers being the most talented quarterback in all of football. I doubt anyone really felt the Packers were going to lose with two minutes to go in last week’s game and Rodgers getting the ball back.

Ty Montgomery’s fumble ruined a chance for another heroic ending and if Rodgers gets that chance against the Pats, it’s going to be hard to bet against him.

I’ve learned to simply not do that. Rodgers still needs a lot to go right, but he’s not facing a very good Patriots defense. They gave up 40 points to the Chiefs and 31 to the Bears. They can be had all over the field and someone as gifted as A-Rod is bound to torch them with his team’s season hanging in the balance.

That’s the real kicker here. Green Bay played like a desperate team last week and they’ll need to do so again. Their only realistic path to the NFL playoffs is through winning the NFC North, but luckily for them nobody else in the division seems ready to take control.

Losing last week to an undefeated Rams team is not the end of the line for Green Bay and I’m not even sure a loss to the Pats is, either. However, this team is very focused and is going to be desperate coming into this one.

New England can stand to lose this game, so it’s worth arguing that the Packers will start hot and try to hold on in a likely shootout. This game isn’t a season-saver, but it’s pretty close.

The Patriots are not easy to bet against at home. Tom Brady and co. are 4-0 at Gillette Stadium in 2018 and were 6-2 here a year ago. The best teams in football get the job done on their home field and New England is obviously labeled as such.

New England is also on fire, having won five straight. Their offense has largely been in a groove, scoring 38+ points four times during this hot run.

But all streaks have to end sometime and last year proved that even the Pats can lose home games. Green Bay isn’t the better team, but they might have the better quarterback and more reason to gut this one out.

More than anything, I just think Rodgers as an underdog is always going to be appealing.

Green Bay’s price was better last week, but the Packers still offer elite betting value at +205. In a game they probably need to win, I’ll take Rodgers to trump Brady just like he did four years ago.