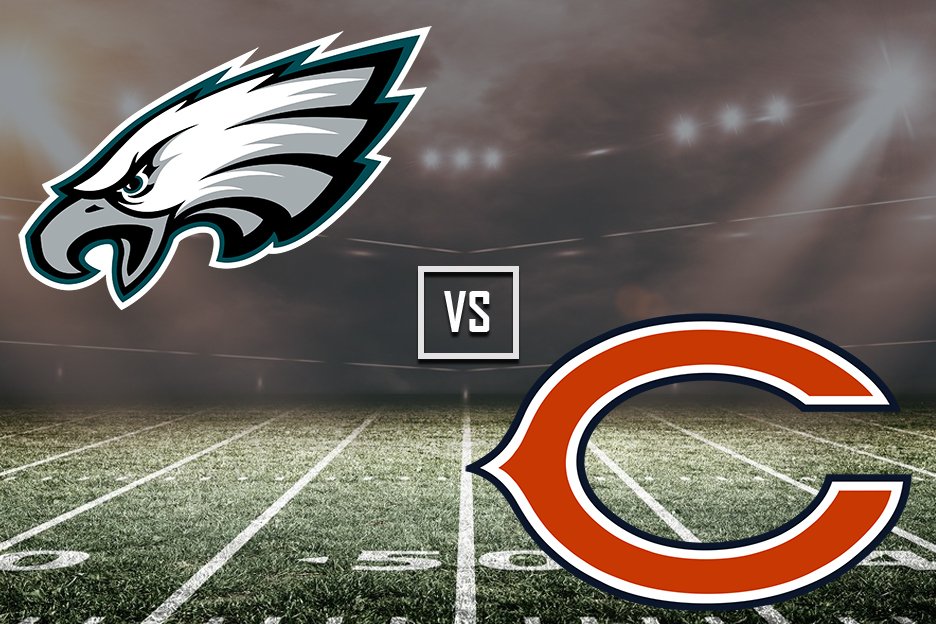 The final game of NFL Wild Card Weekend is a meeting of two teams which entered the season with differing expectations. The defending Super Bowl champion Philadelphia Eagles will be traveling to the Windy City to take on the NFC North division winning Chicago Bears.

The Eagles were fully expected to be one of the top teams in the league once again in 2018, but they slogged through what looked to be a wicked Super Bowl hangover for much of it. However, the team caught fire once again towards the end and were able to secure the #6 in the NFC.

Expectations were tempered for head coach Matt Nagy’s first season in charge for the Bears. Let’s just say that Nagy and company were one of the most pleasant surprises of the year. This is a team which quickly evolved from one that looked like it would be quite dangerous in the coming years to one that has a legitimate chance to win it all this year.

This game will be broadcast to a national audience on NBC, and it looks like an outstanding way to wrap up what should be a great weekend of football. Let’s take a look at this matchup in full detail, starting with the way the oddsmakers see it.

Chinks in the armor emerged right away for the 2018 Eagles, as the team won just two of its first five games, a span that included a 27-21 upset loss to the Buccaneers. Inconsistency ruled the day for the Eagles, as the club would win just two of its next five as well. The club righted the ship down the stretch to win five of its final six and snag the final playoff berth in the NFC.

You could tell right away that there was something different about this year’s Bears. After a one-point loss to the Packers in the opener, the team ripped off three straight wins and looked like a team on the rise while doing so. There was innovation on offense and a ferocity on defense that would only become more pronounced as the season moved along. After a two-game losing streak dropped the Bears to 3-3, the team would only lose once more the rest of the way.

Carson Wentz went down to injury in early December, and the obituary was quickly written for the Eagles. That proved to be a mistake. Just like last year, the team stepped its game up substantially when Nick Foles took the reins, and they went on a memorable run to close out the regular season. As for the Bears, lengthy winning streaks of five- and four-games separated them from the pack in the NFC North and resulted in an unexpected division crown.

The Bears have the stronger running game, but the Eagles get the nod through the air. For reasons that remain unclear, the Eagles woke up from what looked to be a long slumber once Foles took the reins, and the result has been much-improved play all around. On defense, the Bears are one of the league’s top units and have the clear edge.

The team’s trade for Khalil Mack looks like one of the wisest investments the franchise has made in decades. The Bears have the edge on the miscellaneous stats as well, including a noticeable edge in turnover margin. We can trace that back to the club’s ferocious defense as well, as this team can get to the QB and wreak havoc in a hurry.

These two clubs didn’t face off during the regular season, but they shared a quartet of common opponents. Both the Eagles and Bears faced off with the Buccaneers, Giants, Vikings, and Rams during the 2018 NFL regular season.

The Eagles went 3-2 against those teams, as they faced off with the division rival Giants twice. Their most disappointing loss came against the Buccaneers in Week 2, a game which dished up some clear evidence that something was amiss with the defending Super Bowl champions. Later in the year, they would pick up what was arguably their biggest win of the season over the Rams, a game which they entered as double-digit underdogs.

The Bears went 4-1 versus common foes. They picked up a pair of victories over the division rival Vikings, while their lone loss came at the hands of the Giants. Notably, that was the Bears only blemish over its final 10 games, and it came against a team that the Eagles took care of business against twice.

The last game of Wild Card Weekend has the largest spread, as the Bears are currently six-point home favorites in a game with a projected total of 41 points. Over the final month of the regular season, there was a ton of chatter in league circles about the perils of playing in Chicago in January. The game line bears that out, as this is an imposing task for any team to have on the docket.

Quite simply, the Bears are built like a team that’s poised for success in the postseason. The team’s defense has done nothing but improve as the season has moved along. The unit is a real game changer, not to mention one which can impose its will and control a contest.

That said, the Eagles have shown a ton during their late-season rebound. The team is playing much better behind the man that Philadelphia fans refer to as St. Nick, and we have already seen that Foles is perfectly capable of leading the team on a lengthy playoff run.

In the end, we just can’t see the Bears defense dropping the ball at home. The Eagles may keep it close and interesting through three quarters, but we like the Bears to drop the hammer and pull away in the latter stages of the game.