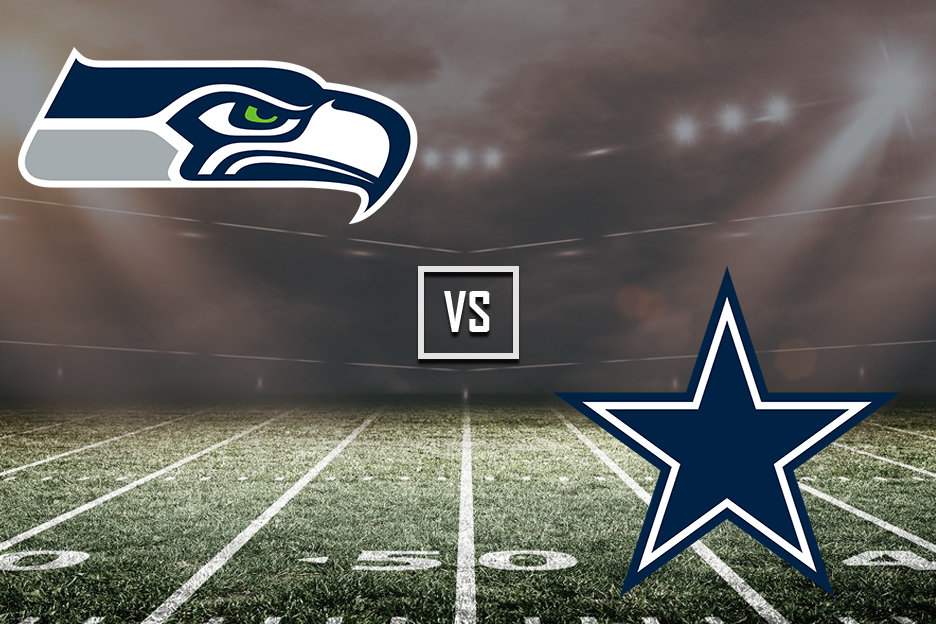 We have what look to be four excellent games to look forward to on NFL Wild Card Weekend. The nightcap on Saturday just may be the most intriguing of the bunch, as we have a pair of evenly matched NFC powerhouses preparing to do battle at AT&T Stadium in Arlington, TX.

The NFC East champion Dallas Cowboys will be squaring off with the Seattle Seahawks, the #5 seed in the conference. The game kicks off at 8:15 PM EST and will be broadcast to the nation on FOX. Both of these squads look to be built for success in the postseason, and a case can be made for each to make some serious noise in the playoffs.

However, they will first have to tend to taking care of business on Saturday night. The Seahawks and Cowboys both bring strong running games and stout defenses to the table, and they can also get it done through the air to boot. We should be in line for a stellar game under the primetime lights in Jerry World as a result.

Let’s take a look at this matchup in full detail, starting with the game line.

At the midway point of the regular season, not much was expected from either of these teams. The Seahawks had a mark of 4-4 at the halfway point, which was somewhat in line with expectations for what was supposed to be a transition year for the franchise. The Cowboys were sitting at 3-5 and looked like a squad which was destined to be also-rans in the NFC East.

Both teams stepped their games up dramatically in the second half. The Seahawks went 6-2 the rest of the way behind one of the finest coaching jobs of head coach Pete Carroll’s illustrious career. While it looked like the seat of Cowboys head coach Jason Garrett was getting awfully warm after the team’s sluggish start, he quelled that talk while leading the team on an impressive 7-1 run to close out the year.

In a league that’s built for parity, lengthy winning streaks can be tough to come by, but both the Seahawks and Cowboys turned that trick in 2018. The Seahawks ripped off four in a row that included wins over the Packers and Vikings, while the Cowboys had a five-game run that included them knocking the Saints from the ranks of the undefeated. Those two runs ultimately sparked the teams to lock down playoff berths.

As the above stats indicate, these two clubs are remarkably similar. The Seahawks skew heavily towards the run and have the edge in yards per game in that department as a result, but they also don’t have a player of the caliber of Ezekiel Elliott at their disposal. However, Chris Carson looks to be a player on the rise and has turned a lot of heads with his play this year.

Passing games are in the same neighborhood, but we’ll have to give the edge to the Seahawks due to the Russell Wilson factor. Dak Prescott has improved dramatically in the past few months, and we can easily correlate that to the team’s acquisition of Amari Cooper. The stud wideout has brought a whole new element to the Cowboys offensive attack, and the proof has been in the pudding.

Defense is close to being a wash, but we’ll have to give the nod to the Cowboys due to their greater strength versus the run. The only glaring difference among the miscellaneous stats comes via the turnover differential, as the ball has been clearly bouncing the Seahawks way this year.

These two teams faced off earlier this year before either team had hit its stride. The Cowboys took a trip to Seattle in Week 3, and they exited on the wrong end of a 24-13 game. Russell Wilson threw for two scores in the contest, while Chris Carson ran for 102 yards and a score. Dak Prescott struggled on the day with one score and two picks, while Ezekiel Elliott was kept out of the end zone but was still able to run for 127 yards.

Both of these teams faced off with the Lions during the regular season and walked off the field with victories. The Seahawks took a road decision by a score of 28-14, while the Cowboys picked up a 26-24 home win. In terms of strength of schedule, these two teams are also pretty even. The Seahawks had a tough time with the league’s elite, but they were able to pick up a late-season win over the Chiefs. The Cowboys also had some challenges with the top teams, but they did pick up a 13-10 win over the Saints.

It’s fitting that this game was selected for the primetime window on Saturday night. These two teams are very similar and match up remarkably well, and we should be treated to an entertaining affair as a result. The oddsmakers concur that this one looks to be really close, as the Cowboys currently stand as just two-point home favorites.

The tough defenses from both sides suggests that there won’t be much in the way of fireworks, and the projected total of 43 points supports that line of thinking. It should be a tough and hard-fought game which comes down to which side can break off a big play or two to swing the pendulum in their favor.

In the end, the Cowboys defense is better, and they have the home field advantage. If this game were in Seattle, we would have a real tough time picking against the Seahawks. We fully expect Russell Wilson and company to make a compelling game of it, but the Cowboys do just enough to pick up the victory and cover the tight spread.

We’ll take the Cowboys minus the points.