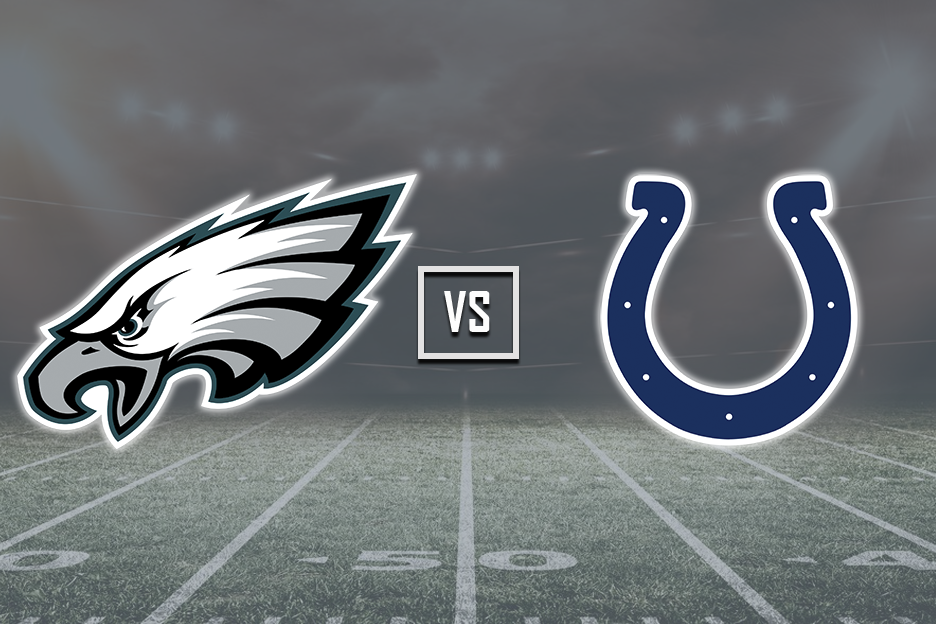 The Philadelphia Eagles get their golden boy back in week three, just in time to try to stave off an ugly 1-2 start. Nick Foles did all he could to keep the seat warm, as he helped Philly off to a 1-0 start in a week one win over the Atlanta Falcons.

The wheels started falling off in week two, however, but Foles wasn’t even the biggest issue for the Eagles. Philly’s normally stout defense didn’t have an answer for Ryan Fitzpatrick of all people and ultimately fell to the Tampa Bay Buccaneers.

Either way, the Eagles are at home again this week and will get starting quarterback Carson Wentz back in the lineup:

Eagles QB Carson Wentz has been medically cleared and will start Sunday against the Colts, the team announced. pic.twitter.com/Ii1roAC6gm

That might give Eagles fans all of the warm and fuzzies, but it actually might help make the Colts an awesome value play for bettors this week.

The Wentz hype will undoubtedly solidify Philly as understandable home favorites, but there might be enough logic to fight against that and back the visiting Indianapolis Colts in some manner.

Philly does open as the -6 favorite (-255), but I think there’s enough going into this matchup to get you to think about rolling with the Colts. Let’s dive in:

Wentz Return Could Be Bad

The first thing I thought when the Wentz news broke was that this felt a bit forced. Wentz technically has been “ready” to return since August, but the Eagles opted not to rush him.

He can physically move around and play ball, but there’s some debate as to whether he’s all there mentally yet. Does Wentz fully trust the knee? Can he move exactly how he’s used to on the field?

Beyond that, there’s the rust factor and potential for a drop in chemistry. Wentz isn’t returning to a fully stocked cupboard of food here. Top receiver Alshon Jeffery is still sidelined with an injury of his own and per recent reports, top running back Jay Ajayi isn’t expected to suit up, either:

None of this means Wents can’t come back, shake off some rust and ball out whilst defending his home turf. It just adds up to make Indy a pretty compelling bet this week.

For as talented as the Eagles are defensively, they really haven’t been that great through the first two weeks.

In week one, the Falcons moved the ball at will.

Julio Jones put up 169 receiving yards and as a whole, Atlanta didn’t struggle to get into scoring position. The Falcons were abysmal in the red-zone and you absolutely have to give the Eagles some of the credit there, but if you go back and look at that game, a lot of it fell on Atlanta.

In week two, Philly got absolutely torched by Ryan Fitzpatrick. The defense allowed two 75-yard scoring plays and four passing touchdowns in all – not to mention 402 yards through the air.

That’s unacceptable in any fashion, but doing that against the Buccaneers is borderline laughable.

In comes Andrew Luck and a Colts passing game that has been pretty effective through the first two weeks of the season.

Luck doesn’t have quite the supporting cast Fitzmagic does, but he’s without a doubt the superior talent. If Philly keeps up with those defensive struggles, they may need more than Wentz’s return in this one.

Staying on Luck for a second, the Colts have a guy they can truly rally behind. That wasn’t the case last year, when he missed the entire season due to a shoulder issue.

Luck already shook off his rust and had Jack Doyle not fumbled late against the Bengals, we might be marveling over Indy’s 2-0 start. The Colts still leaned on Luck and got a nice road win over the Redskins in week two and will obviously be chomping at the bit to keep that momentum going.

That dual threat ability, explosive potential deep down the field and general command of the offense is something the Colts had been missing. Ditto for the Eagles, but Wentz has to get settled and Luck is already roaring to go.

Indy Has Been Pretty Good

In general, I don’t think the Colts are slouches this year. They nearly out-lasted what looks to be a solid Bengals team at home in week one and made sure they left D.C. with a much-needed victory in week two.

The Colts are far from perfect, but they got a healthy Marlon Mack back and they actually looked pretty good defensively last week. The latter isn’t something we can always rely on when it comes to Indy, but they bottled up Washington’s running game and sacked Alex Smith three times.

If the Colts are going to come in and show the ability to either match wits with Wentz or pressure him into trying to carry Philly to a win in his first game back, the Eagles could be in trouble.

Ultimately, I’m a little concerned about the Eagles. Even with Wentz coming back they’re pretty banged up offensively, their defense isn’t performing at an elite level and they’re playing host to what amounts to a fairly underrated Colts team.

I don’t think it matters, since I’m not calling for a straight up Colts upset. I think it’s very possible and at their gaudy +215 price tag at Sportsbetting.ag, you absolutely should be giving them a long, hard look.

But when you’re betting on the NFL, you often need solid wagers that will simply convert and turn your investment into profit. They don’t call it the grind for nothing after all.

I think Indy beating their current +6 point spread (-110) is a great way to do that in week three. I expect Wentz to struggle a bit and the Colts to keep this one close.

Philly might still sneak out the win, but it won’t be as easy as anyone seems to think.
My Pick: Eagles 26, Colts 23