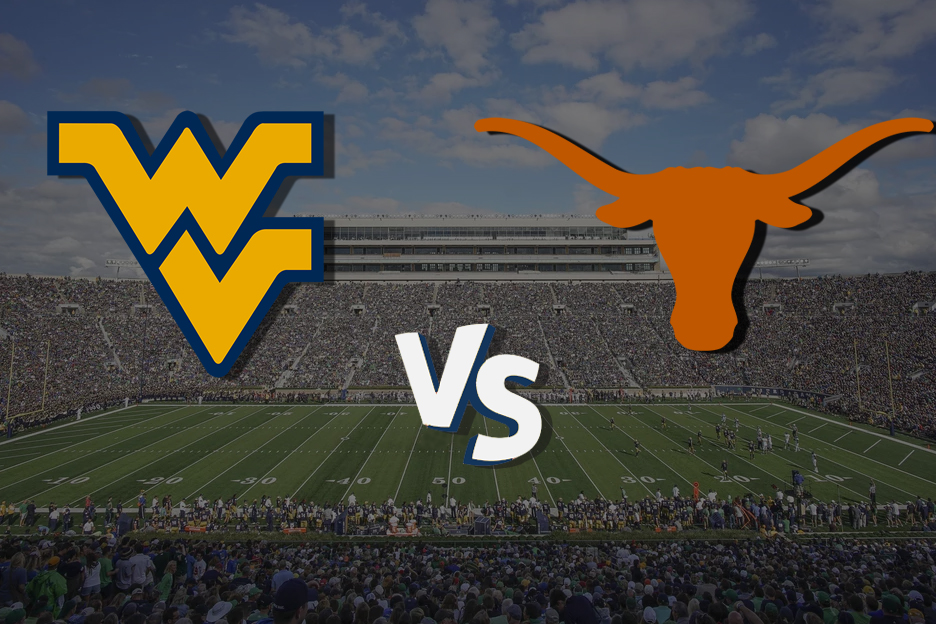 The clash between West Virginia and Texas this weekend in Austin had a lot more potential a couple weeks ago.

The Longhorns had just beaten Oklahoma and WVU was undefeated. Since then, there’s been a bump in the road for both teams, with the Mountaineers being manhandled by Iowa State and Texas failing as the favorites once again, this time against Oklahoma State.

But this matchup could still lead to a berth in the Big 12 Championship. And the gap between these two may be as tight as it’s been all season.

West Virginia comes in fresh off the whupping they put on Baylor, 58-14. This was right after Texas had been taken down to the wire against them on the road.

But there’s no need to look into this common matchup too much, as West Virginia is only 14-14 in road conference games since joining the Big 12. What’s even more telling is that they’re only 2-6 on the road versus top 25 conference opponents since coming into the league.

With gunslinger Will Grier and a wonderful assortment of pass-catchers, they stand a chance to reverse the fortunes of that second number. And a vastly improved defense could help as well.

But the Longhorns and QB Sam Ehlinger will have a few unique wrinkles in Tom Herman’s offense that will test the Mountaineers.

Texas starts off as field goal-favorites (-105), according to Bovada.

Ehlinger is still battling through issues with his AC joint in his shoulder. It didn’t seem to affect him too much, though his completion percentage was only 52.4% Saturday. He still had four total touchdowns and 4.7 yards-per-carry.

WVU’s pass defense has been above-average (58th) but has yet to play a tandem like this at wide receiver. They also haven’t faced a QB with the dual-threat capabilities of Ehlinger. Brock Purdy of Iowa State is as close as they’ve come. 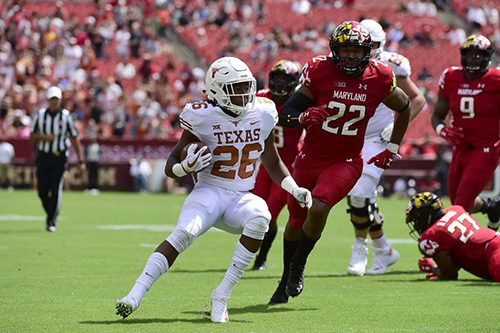 The Longhorns haven’t leaned on the run game a lot and haven’t had much success there outside of Keaontay Ingram. He’s compiled 5.9 yards-per-attempt on 77 carries. No one else on the team, including Ehlinger, comes anywhere close.

And WVU is 31st against the run, coming in 25th in terms of yards-per-rush. This is definitely an improved unit up front. But they’ve also had help from the safeties coming up to bust plays behind the line of scrimmage.

This defense is also 21st in the country in takeaways going up against a Texas team surprisingly disciplined (23rd in turnover margin) with the rock. Ehlinger has made great strides this year by only throwing two interceptions in 249 passes.

That and the fact the Longhorns give up the 19th-fewest sacks in the FBS tells you they won’t be making too many self-inflicted mistakes other than with penalties. They’re 93rd when it comes to fewest penalty yards.

On the other side, the Mountaineers have some playmakers on defense. Linebacker David Long is especially dangerous with 13 tackles-for-loss and three sacks. They’ve given up the 18th fewest points-per-game and are 33rd-best against explosive plays (20-yard-plus passes or 12-yard-plus rushes).

Humphrey and Johnson will be Texas’ hope when it comes to bucking the trend of lengthy plays. But with the 19th-best time of possession mark, simply moving the chains with these big receivers may be the move.

Keeping Will Grier off the field for much of the game is huge for the Longhorns. Keeping him out of rhythm and cold on the bench will do wonders for them.

And with West Virginia ranking 86th in opponents’ completion percentage, moving the chains could be rather easy for Texas. Being 34th in 3rd-down offense should help as well.

The only thing they have to be concerned about is once they get down near the goal-line. They’re 111th in red zone offense.

The Longhorns may be able to keep possession for a while. But Grier doesn’t need that much time to strike.

West Virginia is 104th in time of possession but still maintains the 15th-most points-per-game. That’s because of an offense that averages the 7th-most yards-per-play and is 3rd in passing efficiency.

Grier has his three-headed monster at wide receiver: David Sills, Gary Jennings, and Marcus Simms. It’s amazing how these pass-catchers have lived up to sky-high expectations. They have 1,542 yards between them through seven games and all of them are over 500 yards.

If WVU plays in the Big 12 title game on top of a bowl game, the three of them could all conceivably get to 1,000 yards. That’s absurd.

On top of that, Grier has found 10 separate players for touchdown receptions. So it’s safe to say they spread the ball around really well.

PLEASE NOTE:
This will be quite a challenge for the 86th-ranked pass defense of Texas. They’re much better (32nd) at stopping the run and better be with three WVU running backs over 5.0 yards-per-carry. But the pass sets up the run for WVU, so taking out the big plays downfield is the Longhorns’ best bet.

Sills has 14.3 yards-per-catch, and he has the lowest average of the three incredible receivers.

It’s clear WVU is going to continuously air it out. Grier is prone to throwing interceptions and taking quite a few sacks. WVU ranks 115th in sacks allowed. But Texas (101st in sacks) may not be able to take advantage of that with their front.

DE Charles Omenihu (8 TFL, 6 sacks) will be the key player to watch for this defense. He must get to the pocket and disrupt Grier’s timing. This isn’t the same kind of defense that Iowa State had, one that somehow held Grier to 15 pass attempts and compiled seven sacks.

But they are a team that can minimize the offense’s chances as a whole with time-of-possession and makes them earn points in the red zone. The Longhorns rank 11th in the red zone defense and that’s where it’ll be make-or-break for them.

Grier leads a fairly good red zone offense but has also been prone to make mistakes with a tighter field.

Whatever Texas gives them in penalties, WVU is bound to give right back. The Mountaineers are only one spot higher (92nd) in terms of penalty yards.

So while West Virginia is one of the more explosive units around, they’re also a little more careless than Grier’s 70.3% completion rate would suggest.

Who Wins and Spread Prediction

This is a tough decision of who to wager on.

On one side you have a mostly stable unit that was just shocked by Oklahoma State. And on the other side, you have an explosive team that really hasn’t beaten a good team (Texas Tech probably doesn’t count).

With all that’s been said, and despite all the gushing I do over Grier and WVU, I’d bet on Texas in a close one.

West Virginia will get their points. And you’ll wonder how in the world Grier and Sills didn’t win when you see their numbers at the end of the day. But I think minimizing their chances on the field and getting a couple key stops in the red zone (preferably some late sacks) will help Texas squeeze by.

Expect to be sweating over this spread for the better part of the game. WVU’s firepower will make anyone do that. But the Longhorns’ ability to better minimize mistakes and keep the chains moving will be a great benefit for them.

As long as they can keep the plus-20-yard plays for the Mountaineers off the board, they’ll take a narrow spread win at home.