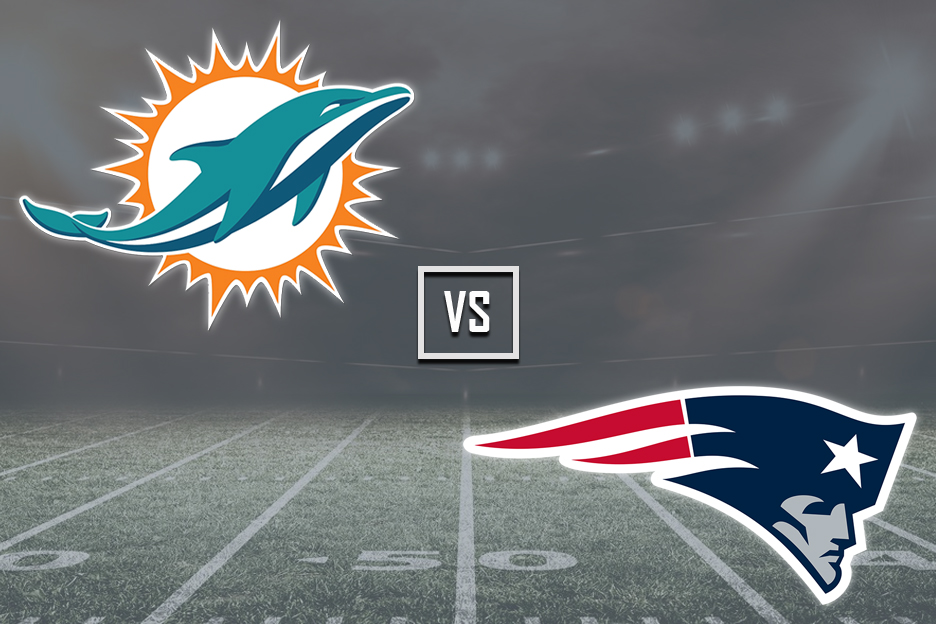 Last week I handed out my first NFL pick of the 2018 pro football betting season. I felt the Indianapolis Colts could hang tight with the Philadelphia Eagles and they made me look smart by beating a +6 point spread.

I’m reversing the logic for week four, as everyone seems down on the New England Patriots at the moment. They’re still -6.5 point favorites to take down the visiting Miami Dolphins next week per Sportsbetting.ag and the top NFL betting sites, however.

Vegas seems to be catering to everyone’s undying loyalty to the Pats being a title contender and I’m not sure I can kick that feeling.

Perhaps I’m supposed to and these 3-0 Miami Dolphins are the real deal. I just can’t go against the Pats this week, however. Here’s why:

It’s funny how everyone is calling for the end of New England’s dynasty, but nobody thought they were in trouble in week one. The Pats easily dispatched the Houston Texans and with a 1-0 start, seemed to be about as good as ever.

A road date against the Jaguars was always going to be a tough win. I would have said going into such a hostile environment against a team New England beat in last year’s AFC title game, that the win probability was 50% at best.

New England’s week two tilt in Detroit wasn’t any easier. The Lions don’t seem like much, but Matthew Stafford tends to play great ball at home and Detroit was staring down an ugly 0-3 start.

The Patriots haven’t looked good the past two weeks, but it’s not like they’re out there losing to bad teams at home.

Tom Brady is Too Good For This

Brady specifically was not good in either of those games, but both the Jaguars and Lions got to him with the pass rush and Detroit simply controlled the clock and kept the ball out of his hands.

Those are effective ways to beat Brady, but he still looked like his normal self in week one and I’m going to need a long stretch of ineffectiveness before I believe he’s lost anything.

Brady could be in decline at age 41, but he’s an accurate pocket passer who thrives in this dink-and-dunk system the Pats employ. To this point, matchup and circumstance have just worked against him and in week four he’ll get the Dolphins at home.

Urgency will be a fine motivator for Brady and company and his past resilience makes me believe he’ll show up for this one.

Dubbed the modern day Randy Moss, an effective Gordon can be a touchdown machine in this offense if he can get the plays down and keep his nose clean.

There are a lot of if’s here and he’s even dealing with a hamstring injury, but talent wins out more often than not. Gordon has talent in spades and he’s working with one of the best quarterbacks to ever play the game.

If these two can figure it out, the Pats can go from struggling to dominant in a hurry.

Miami is Probably a Fraud

I don’t buy that New England is suddenly terrible, that Brady should retire or that Gordon can’t help their offense. I also don’t really buy the Dolphins as some elite team that is ready to take the AFC East and run away with it.

The Dolphins have managed to beat the Jets, Titans and Raiders this year. Yes, they’re 3-0, but the manner in which they’ve squeaked out wins and who they’ve done it against doesn’t impress me very much.

Miami is also very good at making you think they’ve turned a corner, only to go on a losing streak the second you announce yourself a believer.

You’re trusting in Ryan Tannehill, a weak running game and a no-name defense. As a whole, it’s not impossible the Dolphins might have something here. But in week four at New England, they’re very tough to get behind.

Ultimately, I just don’t see the Patriots losing this game. They’re the better team on paper, they’re back home in front of their fans and they are going to be pretty desperate.

New England’s defense can be a lot better than what they’ve shown and a dialed in Tom Brady is not something to be trifled with.

The only thing tricky here is the point spread for me. However, Vegas is clearly toying with the idea that Miami is actually a good team and will keep this one tight. I’m on the other side of the fence and ready to bank on the Patriots being one of the best teams in history, at home and eager to destroy a rival so they can get to 2-2 and shut the rest of the NFL world up.

The Pats badly need a win at home. Taking them to get it by a touchdown against the Dolphins feels like a massive steal.
My Pick: New England Patriots ATS -6.5 (-105)