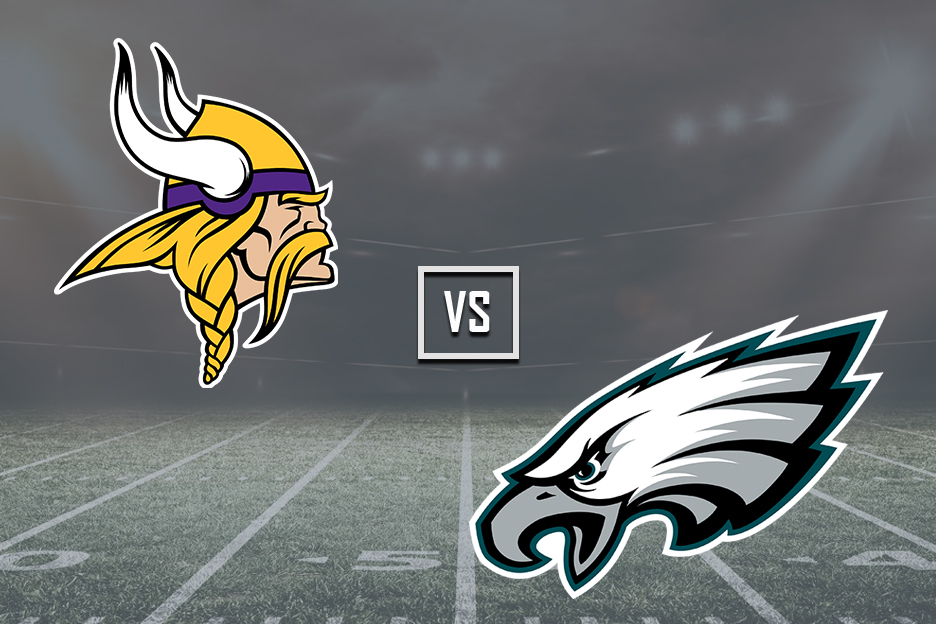 The Minnesota Vikings and Philadelphia Eagles aren’t really where most NFL experts thought they’d be four weeks into the 2018 NFL season.

Minnesota’s vaunted defense has turned to mush and high-priced quarterback upgrade Kirk Cousins hasn’t done enough to compensate for that. On the flip side, Carson Wentz returned from a knee injury but so far the Eagles are just as good/bad (1-1) with him as they were with Nick Foles.

Both teams have their issues, but they collide in week five and something has to break. Either the defending champion Eagles are about to fall to 2-3, or a would-be title threat in the Vikings is going to be a ghastly 1-3-1.

Neither team can afford to lose this game, while the Eagles understandably open this one up as small -3 home favorites at NFL betting sites like Sportsbetting.ag.

Here’s a few things to consider if you are thinking about betting on this game, along with my favorite pick:

The Vikings had one of the best defenses in the NFL a year ago. This year they don’t.

It sounds simple and it truly is. Pass rusher Everson Griffen dealing with some off the field issues takes away an impact defensive end that registered 13 sacks a year ago.

Minnesota has felt that up front, yet they still rank ninth in sacks. Not having Griffen against a mobile quarterback like Carson Wentz is huge, however, while second corner Trae Waynes (concussion) is also at risk of not suiting up this week.

The Vikings have been getting torched defensively and I’m not sure it stops in this one.

I hate to just turn around and point the finger at the Eagles as well, but they were also good defensively in 2017 and this year, well, not so much.

Things started out great in week one, where Philly displayed elite red-zone defense. Or maybe it was the Atlanta Falcons who were merely horrific inside the 20?

I’m thinking the latter, seeing as the Eagles proceeded to get burned by Ryan Fitzpatrick to the tune of 400+ passing yards and four touchdowns in week two. Then last week Philly got absolutely torched by Marcus Mariota and the Titans.

Let’s just let that all sink in for a second.

None of that was to be expected, but it happened and the media has blamed cornerback Jalen Mills for a lot of these breakdowns in the secondary. They’re right, but considering how good Mills was during last year’s title run, the Eagles are understandably reluctant to bench him.

They even gave him a vote of confidence publicly:

It will be interesting to see how long that backing stands firm, but for week five, Mills’ shaky play projects well for Minnesota’s passing game.

The Vikings Can’t Run the Ball

Another huge issue for the Vikings is they can’t run the football. Like, at all.

To be more specific, they rank dead last right now in rushing yards per game and not having a consistently healthy Dalvin Cook hasn’t helped matters.

That, and their suddenly atrocious defense is dropping them into huge leads almost immediately, which forces them to take it to the air a lot sooner – and a lot more frequently – than they’d probably like.

Philly ranks 11th, but there’s an argument for this being an issue for both sides.

I do think the Vikings have the talent to rectify that, but with Cook (questionable) not 100% and the Eagles ranking #1 against the run, I’m not betting on it happening in week five.

What’s the Bet For This Game?

Normally I’d be working my way up to a pick on the spread or take a side with a tight moneyline.

The spread (+3/-3) is certainly in play and the Eagles offer fine value as slight home favorites (-168), but my favorite play is going to be attacking a 46 Total.

It’s simply much too low.

Maybe if this were week one I’d be fooled by both of these talented defenses or both team’s hypothetical ability to slow things down on the ground. But neither defense is playing elite and at the moment only one of these teams has any semblance of a rushing attack.

PLEASE NOTE:
Both defenses stink right now, this is a must-win game for both sides and both passing games can blow up in a hurry. Minnesota has also put up 24+ points in three of four games this year, while Kirk Cousins has plenty of weapons to work with to driving up the score even more.

All things considered, I just don’t see how this game goes under 46 points. Both teams need it too badly for a blowout to happen here, while someone is scoring 30+ points. I honestly think both teams will and it might happen with ease.

There’s too much offense and not enough defense in this spot and for whatever reason, Vegas doesn’t see it. Side step the top NFL betting sites and take advantage of an easy Over at a solid -110 price.