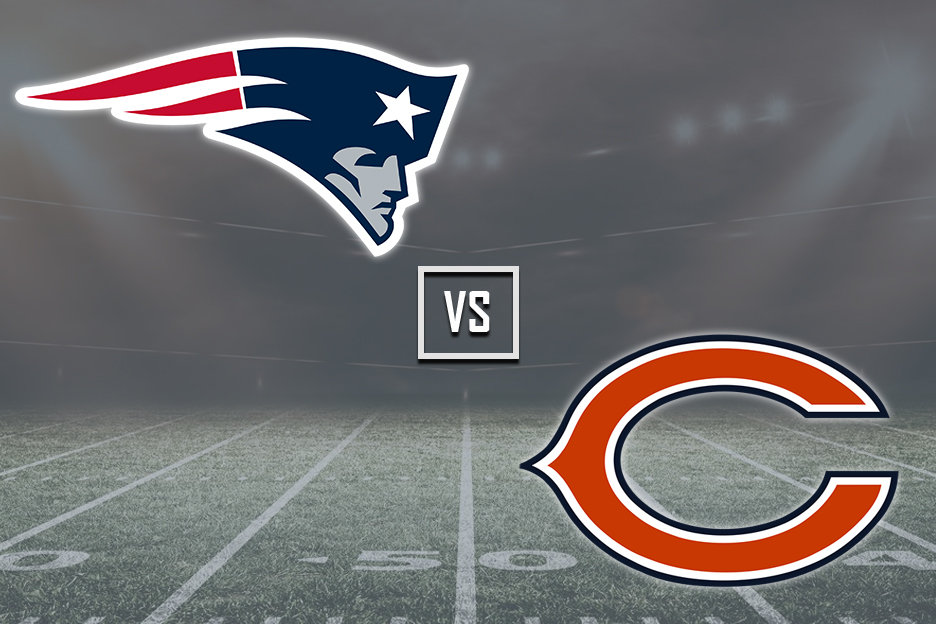 I delivered another winner in week six, as the Pittsburgh Steelers found a way to outlast the Cincinnati Bengals. That was a pretty intense game and the Steelers made you sweat for it, but they still got the win and moved my season NFL picks record to 2-1.

This week I have my eye on a pretty big game in Chicago, where the Bears will play host to the New England Patriots.

Chicago appeared to be one of the better surprises in the NFL initially, as they got off to a 3-1 start. They fell flat after their bye in Miami last week, however, and suddenly have people second-guessing if they’re legit.

The Pats got started the opposite way. New England was just 1-2 through the first three weeks, but got healthier and traded for Josh Gordon. They’re 3-0 since and are starting to look like the Super Bowl 53 favorites everyone pegged them as heading into the 2018 NFL season.

Understandably, I tend to favor the Pats here.

I’m even more interested in New England when I see some startling value associated with them. I know they’re on the road and Chicago has looked pretty good for much of 2018, but a -137 moneyline and -3 point spread (+110!) at Sportbetting.ag is all of the tempting.

Let’s go over why these bets should be alluring to you this week, too:

I do think the Bears were more rusty than bad in week six. Winning on the road isn’t easy and the switch from Ryan Tannehill to Brock Osweiler at the last second must have thrown the Bears for a loop.

Regardless, Chicago just got torched by Brock Osweiler of all people. That game showed a lack of preparation and obvious defensive lapses against the pass. That laziness won’t get it done against the Pats.

I’m sure Chicago overlooked the Dolphins, but that’s not the mark of a great team. Dropping the ball like that is just one reason why bettors shouldn’t trust the Bears in an even bigger game this week against a far deadlier opponent.

Trubisky has had two big stat lines in his last two games. I don’t doubt his system or weapons, but one of those games was a loss and the other was a blowout win over what seems to be a Buccaneers team.

I don’t think anyone is ever necessarily as good or bad as their most recent performance, but I tend to think both performances are a bit bloated. That will surely be put to the test this week, when Trubisky goes up against a Bill Belichick defense.

The Patriots just gave up 40 points to the Chiefs, but that’s a very different monster in terms of offensive talent. In fact, New England had actually looked a lot better defensively in the previous two weeks and there’s an argument that they’re not such an easy matchup for the Bears passer.

After a slow start and two stat-padding performances, I wonder if people are rushing to crown Trubisky as “arrived” a bit too soon.

Brady is obviously the better quarterback in this matchup, but he’s also quickly happened upon the far superior supporting cast.

The return of slot demon Julian Edelman forces defenses to key in on the line of scrimmage and monitor the middle of the field, while Josh Gordon’s deep speed keeps them honest.

Then you have James White on screens, Sony Michel leading the ground game and guys like Chris Hogan and Rob Gronkowski in the intermediate game and red-zone.

The Pats are absolutely loaded right now and until just a few weeks ago, that isn’t something you could have said.

New England can pick you apart with a short area passing game, run the ball down your throat or take the top off the defense. They just need to figure out the best approach against the Bears in week seven.

Ultimately, I’m taking the Pats all day here. Chicago looked like they were not ready for the big time last week when they allowed Brock Osweiler to toy with them.

Chicago has a lot of talent on both sides of the field, but this feels like a classic situation of rushing to judgment at both ends. I like where the Bears are going, but they’re going to have to eat a loss at home against a much better Patriots team before they get there.

The same goes for New England, who people started foolishly labeling as dead after a slow start. Tom Brady is far from done and he still has a fantastic system and enough weapons to get the win here.

You can play it safe and roll with a solid -137 moneyline (that’s honestly a terrific price for the Patriots), but I think they win this one a lot easier than many expect. This spread line is just too good to pass up.