The Biggest MMA Promotions in the World

The biggest MMA organization of them all – recently sold for a whopping $4.2 billion – is the UFC (”Ultimate Fighting Championships”). They have a roster of several hundred fighters in 11 weight classes (three of the weight classes are for women).

It’s remarkable just how much more popular and legitimate the UFC is compared to its competition. It would take years and years of building a division for anyone to claim they have the best fighter(s) in a certain weight class.

And even then, the lure of the UFC (every fighter dreams of being the UFC champion) will probably be too much, so even organizations who find great talent and develop them the right way have a hard time keeping the fighter.

Furthermore, unlike in many other sports, there are rarely any transfer fees or such for ”selling” a fighter. Fighters simply run out of their contract and move to another organization so the previous organization gets nothing for building them up.

Still, fight promotors other than the UFC may have top-level talent (it’s just hard to prove that without having the fighters join the UFC since there are no cross-promotion events in MMA).

When the UFC purchased an American MMA promotion called Strikeforce, for example, quite a few of the fighters that moved over to the UFC became champions. Off the top of my head, Ronda Rousey, Tyron Woodley, Daniel Cormier, Luke Rockhold, Fabricio Werdum… even Cain Velasquez started out fighting for Strikeforce.

The UFC also owns the trademark and the rights to all content produced by once famous, now extinct Pride FC (”Pride Fighting Championships”), which operated mostly in Japan. Many MMA fans who already followed the sport back then have soft feelings for this organization — arguably, it once had the best talent in MMA, at least when it came to heavyweight fighters.

Pride was a different experience. The rules were different (you could head kick a downed opponent, for instance), the fights were fought in a ring instead of a cage, and the rounds were longer. If you were inactive, you would receive a yellow card, which meant a 15% decrease to your prize money. They were action-packed fights.

The UFC purchased Pride in 2007 (has it been 10 years already?). They’ve purchased several other competitors (including previously mentioned Strikeforce), too, although none of them were at Pride’s level of popularity.

So what’s left now? Is there anyone who can compete with the UFC?

It depends how you define ”compete.” Certainly, there are fight promotions with legitimate, high-level fighters (although it’s currently difficult to argue that any of them would be UFC champions).

In the US, the biggest competitor to the UFC is Bellator MMA, run by the man who was behind Strikeforce, Scott Coker.

It’s obvious that Coker has a knack for building a promotion, but so far they’re mostly had to rely on legends of the sport who are close to their retirement age and unlikely to be able to compete for the UFC title anymore. It’s entertainment, sure, but mostly having legends of the sport headline cards makes it difficult for Bellator to claim to have the most competitive weight class in the world.

Still, it’s a start. Having names like Chael Sonnen, Tito Ortiz, Fedor Emelianenko, and Rory MacDonald (who has competed for the UFC Welterweight title twice and would currently be one of the top fighters in that division) will raise awareness of the promotion and help with luring other fighters to join the roster in the future. 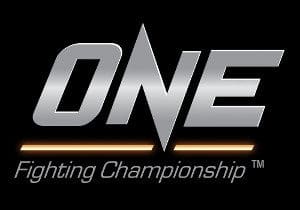 One FC is a less well-known fight promotion in the US or Europe. However, they’re doing well in Asia. With fighters like Shinya Aoki and Ben Askren (who many believe to be one of the best fighters at Welterweight), the promotion has primarily focused on the Asia region, and they’ve been smart in doing so — competing with the UFC in the US market, or even in Europe, would be a much larger task.

One FC claims to have a 90% market share in Asia and to be broadcasted in 118 countries. With millions of fans on social media and a strong position within such a huge market, who knows how big of a promotion One FC can become within the next five years?

There are plenty of smaller MMA shows, such as World Series of Fighting, Fight Nights in Russia, Invicta FC, Shooto Brazil, and Titan FC, as well as tens (maybe hundreds) of local shows. If you’re really into MMA, you have plenty of content to go through.