There were few ways to stay on top what was going on in the world of fighting in the 80’s, 90’s, and even early 2000. You could read the local newspaper, listen to the radio, watch the news… and that’s about it. 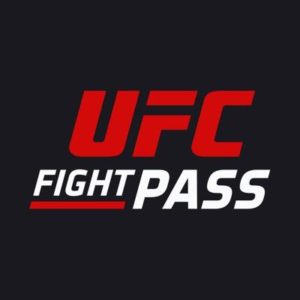 Nowadays, especially with the help of social media, we have multiple channels of information on each event, fight and fighter.

Here’s how I stay informed and educate myself on the world of mixed martial arts. Maybe you’ll find some of these resources helpful as well?

My best investment, bar-none, is UFC Fight Pass. It’s a monthly subscription to the most extensive library of mixed martial arts fights. It contains all the fights in the history of the UFC, as well as all fights ever fought for Pride FC, Cage Warriors, King of the Cage, and several other fight promotions.

If you want to do research on a fighter, what better way to do it than using Fight Pass? If you’re willing to spend the time and do the work, carefully watching each fight a fighter has ever fought is a better way of analyzing a fight than reading a blog (or, “shockingly,” even reading my analysis).

In fact, I recommend watching the fights without reading any analysis first so that you can see it with a clear mind.

There’s also something to be said for watching the fights without commentary. Joe Rogan, while brilliant at what he’s doing, is known for having a favorite in fights. When he has one, and is seemingly unaware of it, he’ll make sure to mention each strike his favorite throws, while almost failing to mention anything his favorite’s opponent throws in return.

You’ll want to have an independent opinion, not one affected by Joe Rogan, which in turn has affected most of the viewers (”the public”).

After watching a fight, make sure to look at its FightMetric stats as well. Sometimes you’ll be surprised, other times it’s exactly what you thought it would be. FightMetric gives you a good idea of what a striker’s output and efficiency are compared to his or her opponent and the rest of the division.

Who won? Anderson Silva did, only a couple of minutes before the end of the fight, finishing Chael Sonnen via submission after getting pummeled for almost five rounds.

Now, there are several things you should pay attention to when watching fights. The obvious (and hardest to explain) are fighters’ styles and tendencies. How does the fighter deal with strikers, and specifically what type of strikers, and from what stance, and how fast, etc.

There’s an endless amount of tendencies to analyze but you have to do the work if you want to have any success with betting on MMA fights.

Watch the Embedded videos from the UFC’s Youtube channel. They often give you an idea of what a fighter’s state of mind is during fight week and how the fighter looks physically. Plus, there are some idiotic things that fighters do during fight week (like Conor McGregor doing physically demanding gymnastics exercises and thus tiring out his muscles — I remember thinking about how that would be a mistake and, sure enough, he later mentioned it in an interview).

Weigh-in shows have lost their meaning because the real weigh-in happens in the morning. The weigh-in event is therefore a show (the weight’s has already been made earlier that day, giving the fighters more time to recover for the fight).

Follow the mainstream MMA reporters as well as the ”underground” reporters. A few mainstream reporters are Brett Okatomo from ESPN, Ariel Helwani from MMAFighting and Josh Gross from the Guardian.

Be careful about what to believe in especially when reported by underground reporters — many of the stories they’ve put out have proved to be false.

Additionally, follow the discussion forums. I recommend Reddit’s MMA section as well as the Underground Forums. Many professional fighters used to post there (along with UFC President Dana White). There are fewer pro fighters there nowadays but it’s still one of the best MMA communities on the internet. Again, be sure not to trust every rumor you read, but every now and then where there’s smoke, there’s fire.

A final piece of advice: it would be beneficial if you practiced martial arts and educated yourself on martial arts techniques, tactics and strategies.

You’d have better insight into what’s going on in a fight. Most people who’ve never trained any martial art that involves striking don’t appreciate how effective a jab can be, for example. It’s not a knockout punch, sure, but having a good jab is tremendously useful in MMA.

It’s never been easier to learn martial arts techniques, either.

You have many Youtube channels, for instance, some of which analyze and demonstrate techniques specifically used in high-profile UFC fights, such as the Gracie Brothers channel.

Make sure to get all the available information. Being willing to do more research than other people gives you a significant advantage over other MMA bettors.